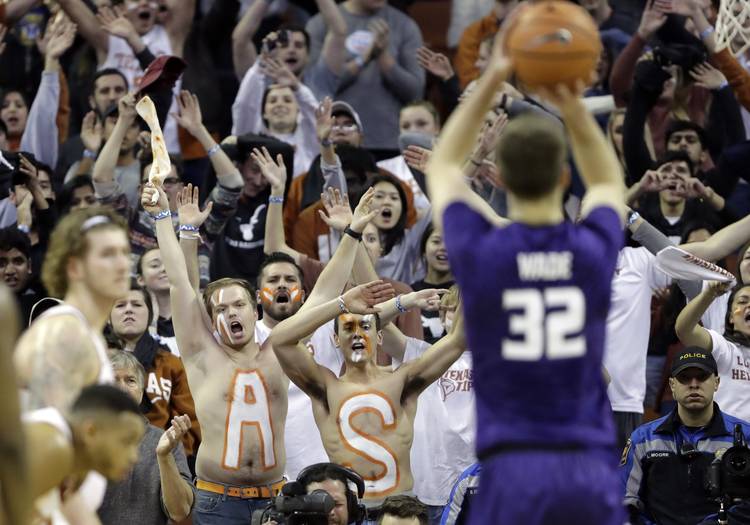 About the series: Kansas State leads the all-time series 20-15. The Longhorns had arguably their worst performance of the season in a lethargic 67-64 loss in Austin on Feb. 7. Mo Bamba (18 points) and Eric Davis Jr. (13 points) were the only two in double figures. Texas made 8 of 29 3-pointers and had 16 turnovers. K-State shot 53.7 percent.

About the Longhorns: Coach Shaka Smart believes that freshmen, not just his but most Big 12 freshmen, have hit the proverbial wall. That may be what’s slowed Oklahoma’s Trae Young, for example. He’s also pointed out that UT’s Mo Bamba has been slowed by fatigue, too. “Guys look like they’re playing on fumes,” Smart said. Those who can steady themselves mentally will have the best chance to win, he said. … Smart said the OU film showed a terrific defensive performance by Kerwin Roach II on Young. Roach had struggled in three previous games. … The Horns also got a strong performance from Eric Davis Jr., who had nine points and six boards.

About the Wildcats: After last Saturday’s game, Iowa State coach Steve Prohm said K-State was an NCAA Tournament team. “No doubt,” he said. The Wildcats feel like they’ve generated some momentum over the last few weeks. Wins over Texas, Oklahoma State and Iowa State have pushed coach Bruce Weber’s team into a tie for third place in the league standings. … Standout big man Dean Wade nearly had a triple-double against the Cyclones. He piled up 22 points, nine assists and eight rebounds in what may have been his best game as a Wildcat. … Guard Barry Brown Jr. has put together back-to-back 20-point performances. He went through a five-game slump where he was averaging only 7.4