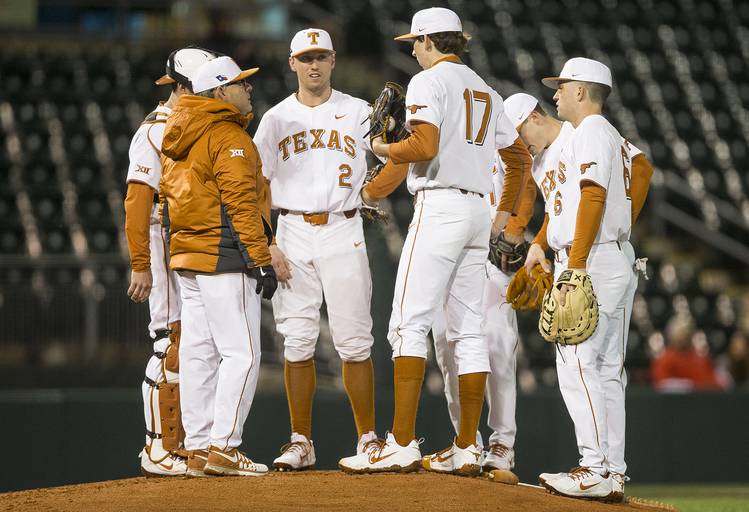 Texas opened a long week at home with a shutout win over UT-San Antonio on Tuesday. UT, which has five games on this week’s schedule, improved to 5-3 with the victory at UFCU Disch-Falk Field.

A San Antonio native, Texas starting pitcher Nico O’Donnell held his hometown team hitless until the Roadrunners singled with two outs in the fifth inning.  O’Donnell walked two batters and allowed that one hit. One week after the freshman right-hander lasted 3 1/3 innings in a 50-pitch no-decision against Lamar, O’Donnell threw 84 pitches before he was removed with one out in the sixth inning.

Texas plated leadoff hitter David Hamilton in the first frame, and Masen Hibbeler crossed home plate four innings later. Both of the runs that Texas scored against UTSA (2-5) were unearned.

Ranked 23rd in D1Baseball’s national poll, Texas will return to UFCU Disch-Falk Field on Friday to open a four-game series with Northwestern. The Wildcats (2-4) dropped two of the three games they played last week against Kansas.