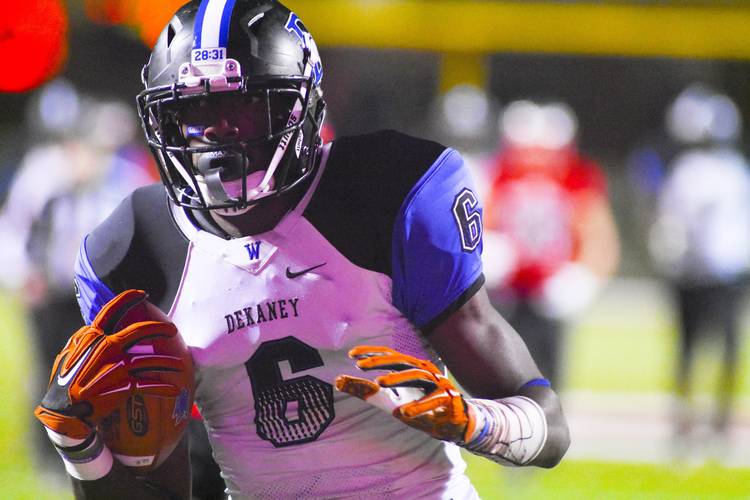 This fall, Texas fans will be looking on the football field for Malcolm Epps’ highlights. Until then, the basketball court will have to do.

On Monday, Epps hit a buzzer-beating three-pointer to lift Spring Dekaney to a 73-72 win over Klein Forest in the third round of the Class 6A playoffs. The 6-5, 218-pound Epps finished with 28 points.

Epps has signed with Texas as a tight end. The three-star recruit also received scholarship offers from schools like Alabama, Florida State, Michigan, and Ohio State.

In a few months, Epps will compete for playing time at a position that enters the 2018 season with several questions. The remaining tight ends at Texas only caught nine footballs last season, and both Andrew Beck (foot) and Cade Brewer (knee) suffered significant injuries. Defensive lineman Max Cummins was recently converted into a tight end. The position will be led this year by ex-offensive line coach Derek Warehime.

Epps will quit playing basketball once he gets to Texas. He may be able to find a competitive game within Texas’ locker room, however.