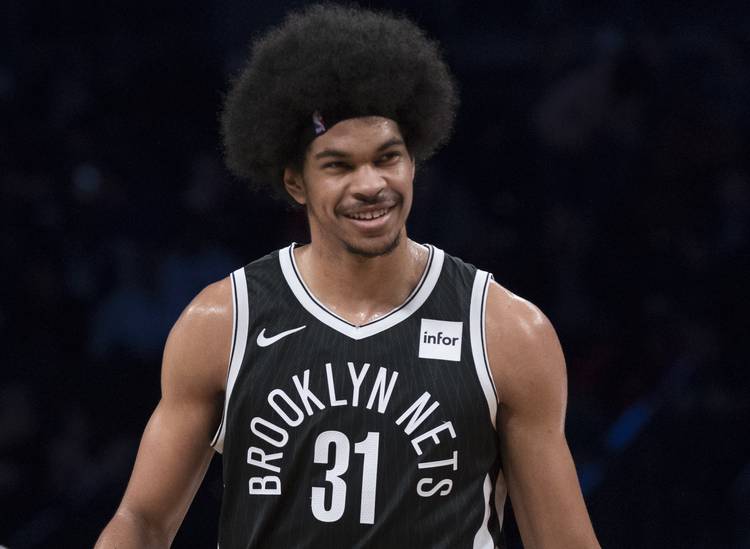 Chicago Bulls standout rookie Lauri Markannen has had a strong rookie seasons despite his selection at No. 7 in the 2017 NBA Draft being panned by some as too early. He is averaging 14.9 points and 7.6 rebounds per game for the Bulls.

But Jarrett Allen didn’t care about that, the rim or Markannen ‘s well-being when he dunked on the 7-footer like few can dunk on anyone.

JARRETT ALLEN WHY YOU GOTTA BE SO RUDE!? https://t.co/DTfu52GXRm

FINNISH HIM 💀
Jarrett Allen with the fatality poster dunk on Lauri Markkanen!

Here’s Allen talking a little more on his dunk:

– Jarrett Allen on the dunk EVERYBODY is talking about pic.twitter.com/xML3DE1gwq

Allen, an Austin-area product who went to school at St. Stephen’s and grew up in Round Rock was the No. 22 pick of Brooklyn Nets in the NBA Draft last summer after one season at Texas. Allen averaged 13.4 points per game and 8.4 rebounds while blocking 51 shots last season for the Longhorns.

For the Nets, he’s averaging 7.8 points per game and 5.2 rebounds in his rookie year.