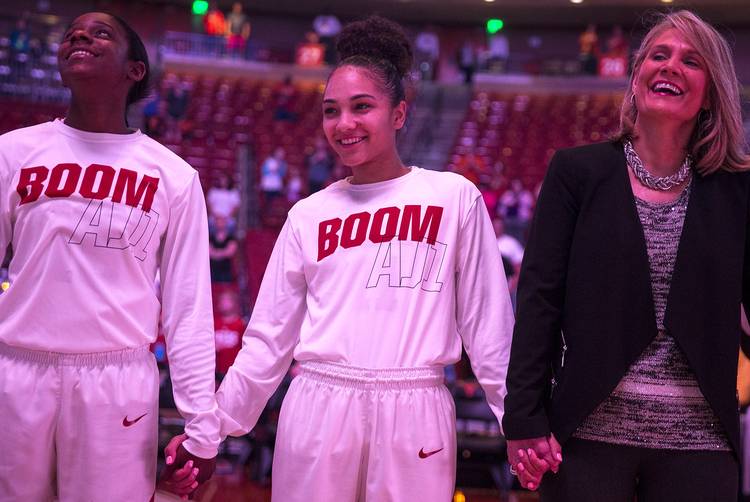 Cindy Deville, who is McCarty’s grandmother, sang the national anthem ahead of Texas’ 79-66 win over Oklahoma on Tuesday. The booking of Deville was a surprise to McCarty, who was one of three seniors recognized at the Erwin Center.

“She did that my senior night in high school,” McCarty said after the game. “I kind of thought she was doing that tonight but I didn’t know. There’s a lot of emotions that go into senior night, but it was easy just to transfer that onto the court and just play with my teammates and get them going.”

McCarty scored a team-high 17 points in Tuesday’s victory. Texas (24-5) will be the second seed in this weekend’s Big 12 tournament.

On Second Thought Ep 88: Previewing Texas’ must-win vs. WVA, Clarence Hill of the Star-Telegram on the Cowboys