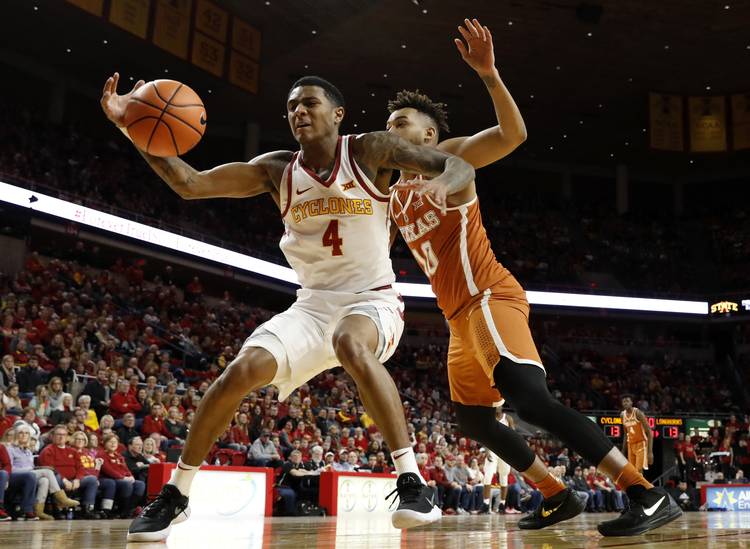 About the series: Texas leads the all-time series 21-16. The Longhorns have won three straight in the series, including both games this season. UT won 74-70 in overtime at Ames on Jan. 1 and then won 73-57 in Austin on Jan. 22. In the most recent matchup, Mo Bamba had 24 points and Kerwin Roach II added 22 more as Texas shot 40 percent from 3-point range.

About the Longhorns: Texas has typically fared well in the first-round matchups at the Big 12 tournament. The Horns are 6-1 all-time, which includes a five-game winning streak. However, the program has never won a Big 12 tournament title. Its only two postseason league tournament wins were in the Southwest Conference (1994 and 1995). … Roach and Matt Coleman are coming off the best performances of the season against West Virginia. Both scored 22 points and made 15 field goals combined. … There is still no update on Eric Davis Jr., who is being withheld from competition while UT compliance looks into whether he accepted $1,500 from an agent. He is not likely to play in Kansas City.

About the Cyclones: Last season, Texas coach Shaka Smart experienced the worst professional year of his coaching life. This season, Iowa State’s Steve Prohm is going through the same thing. It’s the first year the Cyclones have not won double-digit league games since the 2010-11 season. “If you’re in this profession long enough, you know it’s not all going to be good. It’s part of the deal, I guess,” Prohm told the Des Moines Register. … Five players were hit with injuries, leaving the Cyclones woefully short-handed at times. Donovan Jackson is the only player with significant Big 12 tournament experience. He’s the fifth player in school history to make at least 90 3-pointers in a season. … Iowa State has lost six straight games.