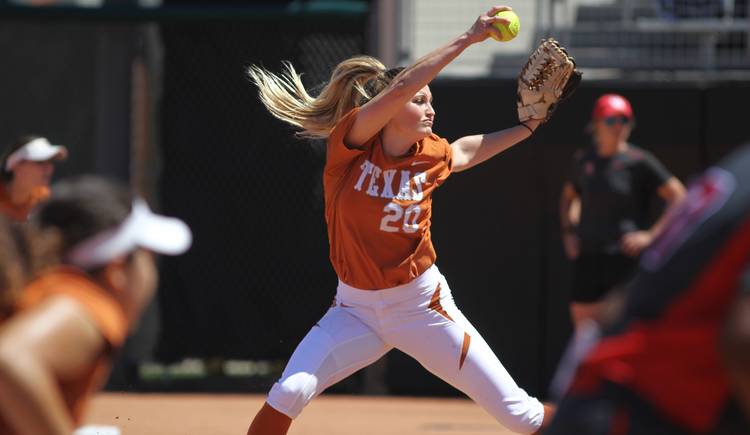 Texas announced on Friday that Wright will leave softball behind at the end of this season. As a redshirt junior, Wright was eligible to play in 2019.

Instead of playing softball, Wright will pursue internship opportunities after she graduates this spring. The Applied Movement Science major holds a 3.89 GPA and was a recent recipient of the Dr. Gerald Lage Academic Achievement Award, which is the Big 12’s highest academic honor. Wright plans on eventually applying to graduate school to become a physician’s assistant.

“This has been a really difficult decision for me,” Wright said in a statement. “Playing softball at Texas has been a dream come true, and I wanted to make this decision now so that I could fully enjoy the rest of what I now consider to be my senior season alongside my senior teammates.”

Wright has compiled a 28-18 record, 301 strikeouts and nine shutouts since she was recruited out of Huntington. Wright missed the Longhorns’ 2016 campaign with a rib injury. This year, she is 2-2 with a 3.86 ERA in seven appearances.

Wright will join seniors Paige von Sprecken and Kristen Clark among UT’s departing pitchers. Left-hander Brooke Bolinger will be a senior next year. Chloe Romero and Ariana Adams have also seen some playing time during their freshman years.