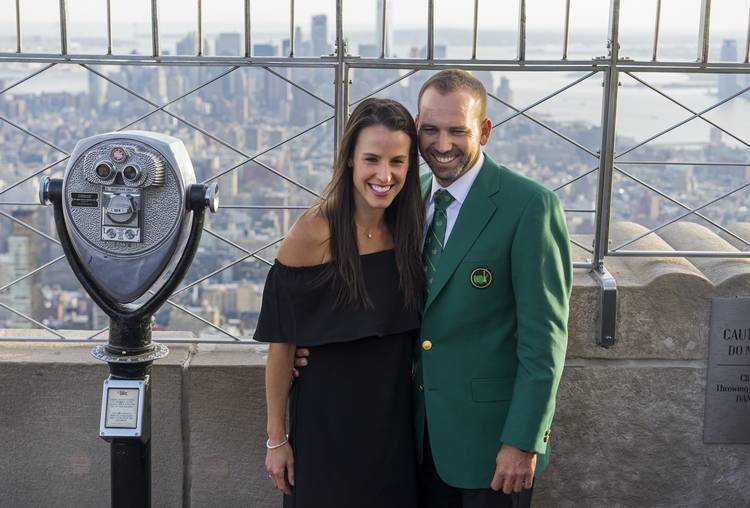 If Sergio Garcia looks a little tired during the Masters, he has a terrific reason why: sleep is at a minimum for new parents.

The couple’s daughter may be named for the famed azaleas that fill Augusta National, where Garcia won his first major last year. One of the most pivotal moments of Garcia’s Masters win was when he survived a hooked tee shot on the 13th hole, nicknamed “Azaleas,” that helped him keep pace with the other golfers.

Sergio and Angela got engaged last year a few months before the the 2017 Masters, so it was no surprise to some Texas fans that the famed Spanish golfer finally won the major that had long alluded him.

After winning, Sergio said he wanted to get married in his green jacket.

The couple tied the knot last summer and now. The Masters will take place from April 5-8 this year.

If the bracket was made out of brisket, Texas would win every time