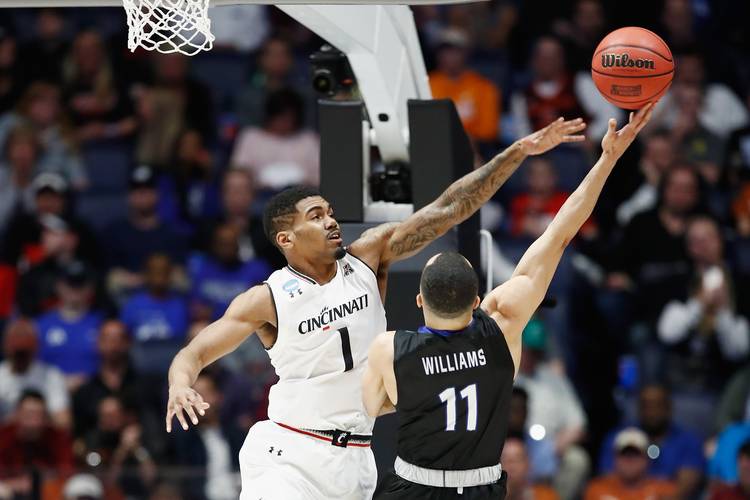 NASHVILLE, TN - MARCH 16: Jacob Evans #1 of the Cincinnati Bearcats defends a shot by Isaiah Williams #11 of the Georgia State Panthers during the game in the first round of the 2018 NCAA Men's Basketball Tournament at Bridgestone Arena on March 16, 2018 in Nashville, Tennessee. (Photo by Andy Lyons/Getty Images)

No. 2 seed Cincinnati defeated Georgia State 68-53 in the first round of the NCAA Tournament in Nashville and will play the winner of the Texas-Nevada game on Sunday.

Nashville, only a few hours away from Cincinnati is hosting both the Bearcats and the No.1 seed in the West bracket, Xavier, also from the city of Cincinnati. Reports say there’s a lot of Skyline Chili fans roaming the streets of the Music City.

The time of Sunday’s game will be announced Friday night.