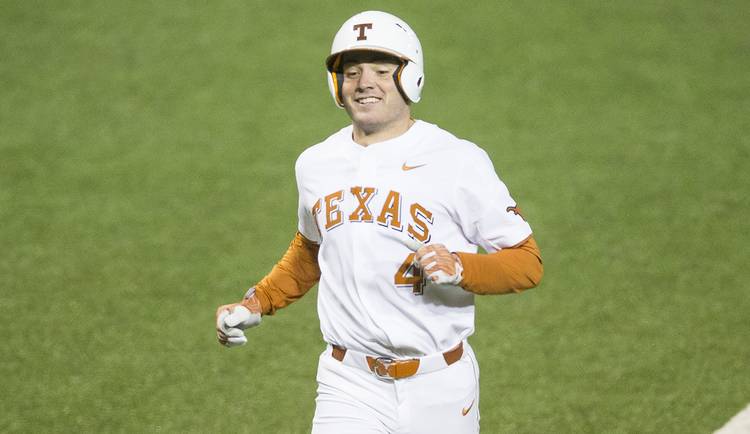 After losing five times in a six-day span, Texas bounced back on Friday and opened Big 12 play with a 14-4 win over Kansas.

Texas plated two runs in its first at-bat at UFCU Disch-Falk Field and Ryan Reynolds’ second run-scoring single gave UT a 3-0 lead in the third inning. The Longhorns then put the game away in the fourth frame. After Kansas pulled within a run on a two-run home run, Tate Shaw led off and finished an inning in which Texas scored five times.

Combined with a complete-game effort from junior pitcher Nolan Kingham, Texas’ 16-hit performance helped snap a five-game losing streak. The Longhorns had been beaten 47-14 in their last five games against Stanford and Arkansas, the No. 3 and No. 5 teams in D1Baseball’s national poll.

Before the game, Texas held a moment of silence to honor former coach Augie Garrido. The all-time winningest coach in college baseball’s history, Garrido passed away on Thursday. The 79-year-old Garrido won 824 games and two national championships at Texas from 1997-2016.