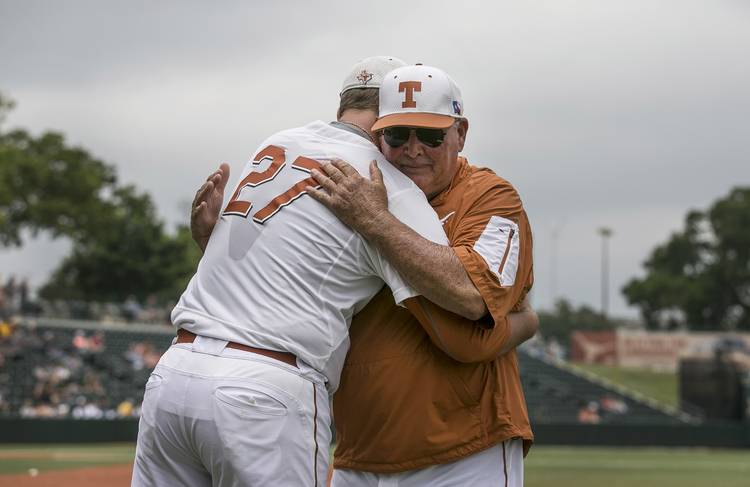 You can expect there to be many tributes to Garrido this weekend, especially around the Big 12.

Augie meant so much to baseball, The University of Texas, and to me personally. He was a tremendous coach and supporter, but I valued our friendship more than anything.

Before our uniform patches arrive, join us in wearing black sweatbands in remembrance of Coach this weekend. pic.twitter.com/QlzCTAC18K

TCU coach Jim Schlossnagle also reached out to fans on social media with some heartfelt words and a photo of how the Horned Frogs are remembering Garrido during their series against Minnesota. TCU has a UT logo on the back of its pitcher’s mound with the initials “A.G.”