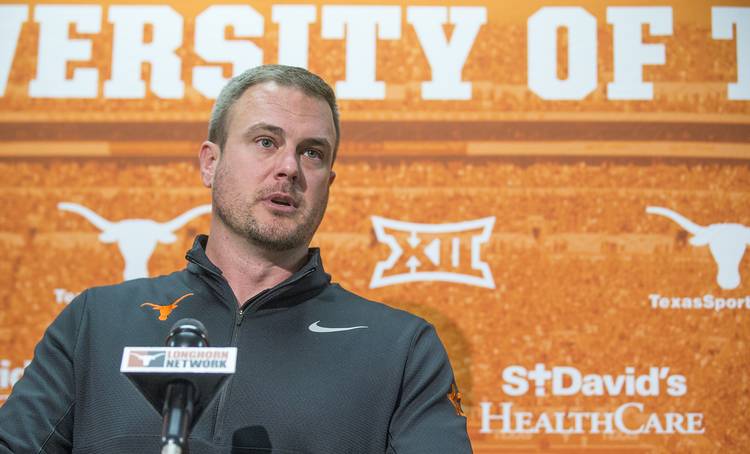 Before focusing on football, Texas football coach Tom Herman had other topics to discuss on Monday.

To begin a press conference for the spring practices that kick off on Tuesday, Herman spoke about the recent bombings that have terrorized the Austin community. This month, four bombs have been detonated in the city. The bombings have killed two residents. Two additional people were injured in an explosion in Southwest Austin on Sunday night.

“I would like to say that our thoughts and prayers are with the people affected in our great city in the attacks that have occurred,” Herman said. “I know law enforcement is working around the clock to figure out what the heck is going on.”

Herman also sent his condolences to the family of Augie Garrido, the former UT baseball coach who passed away last Thursday at the age of 79. Garrido is the all-time winningest coach in college baseball’s history. He won 824 of his 1,975 games and two of his five national championships while coaching at Texas from 1997-2016.

“It was also a very sad day last week with the passing of Augie Garrido,” Herman said. “He was a mentor, he was more than a coach. He was a friend, a mentor, a game-changer, really, in the sport of college baseball. He’ll definitely be missed here.”

Additionally, Herman said he recently met the widow of Tommy Nobis, the legendary Longhorn linebacker who died last December. Herman noted that rising senior Breckyn Hager attended the meeting with Lynn Nobis. Hager wore Nobis’ No. 60 — which was retired in 2008 — during UT’s 33-16 win over Missouri in the Texas Bowl. Hager presented Lynn Nobis with a game jersey.