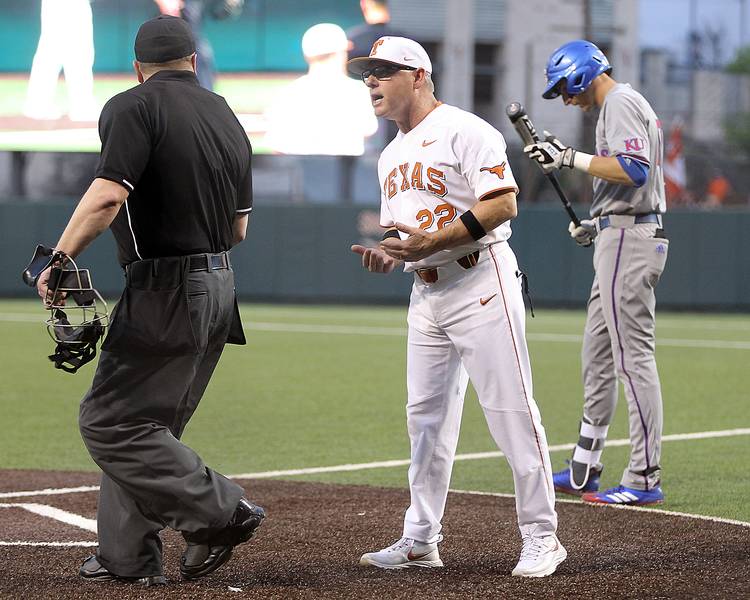 Over Friday’s first five frames, freshman Jake Taylor led Oklahoma State to a 2-0 lead with a RBI single and the first homer of his college career. The Longhorns then fell behind by six runs as the Cowboys hit for the cycle over their first four at-bats of a four-run seventh inning.

Tagged with the loss was sophomore Blair Henley, who struck out seven but gave up 10 hits. Oklahoma State starter Joe Lienhard entered the game with a 5.50 ERA. He, however, allowed three hits over a 128-pitch outing that ended with one out in the ninth inning. UT batters were caught looking at six of his eight strikeouts.