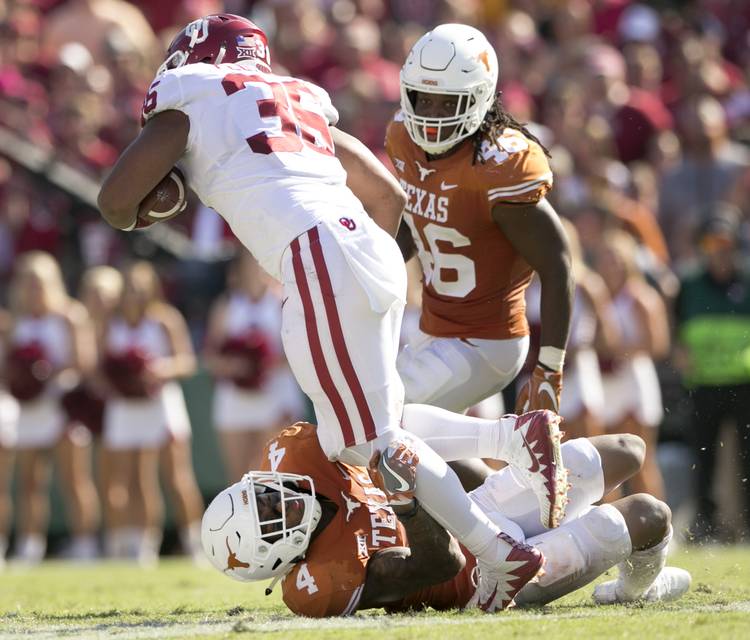 Will Connor Williams become a Cardinal? Will Malik Jefferson become a Steeler?

This week, we’re pulling from the first-round predictions made by NFL.com’s Chad Reuter, Draft Wire’s Jacob Infante, Sports Illustrated’s Albert Breer, the Houston Chronicle’s Aaron Wilson and the folks at DraftTek.com. Infante and Reuter’s mock drafts, respectively, covered two and five rounds, while DraftTek mapped out the entire draft. In addition to making his call on the first round, Wilson predicted Houston’s draft strategy and sent Elliott to the Texans with the 68th overall pick.

If the gurus at DraftTek are correct, Texas fans won’t need to tune into the draft until the second day. DraftTek has four Longhorns being selected between the first and 28th picks in the second round. Texas last had more than two Longhorns taken in the same round in 2003 when Cory Redding, Derrick Dockery and Chris Simms were each third-round selections.