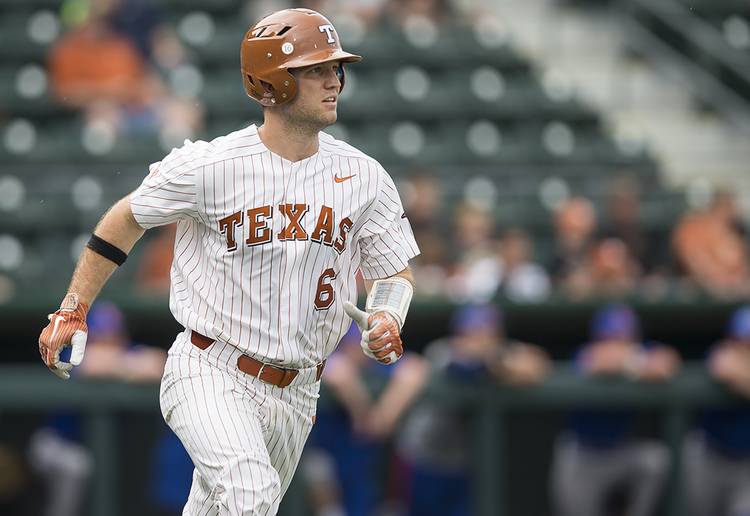 Texas bounced back from its first loss in Big 12 play with Saturday’s 7-1 triumph at UFCU Disch-Falk Field.

Oklahoma State held Texas scoreless in the game’s first two innings, but the Longhorns scored in each of the next five frames. Duke Ellis and DJ Petrinsky, who both transferred to Texas this season, drove in four of UT’s seven runs during that span. Ellis contributed two run-scoring singles while Petrinsky had a two-run double in the sixth session.

Those seven runs supported junior pitcher Nolan Kingham, who picked up his fourth win. One week after he threw a complete game against Kansas, Kingham allowed seven hits over eight innings. Kingham struck out five Cowboys and retired the first nine batters he faced.