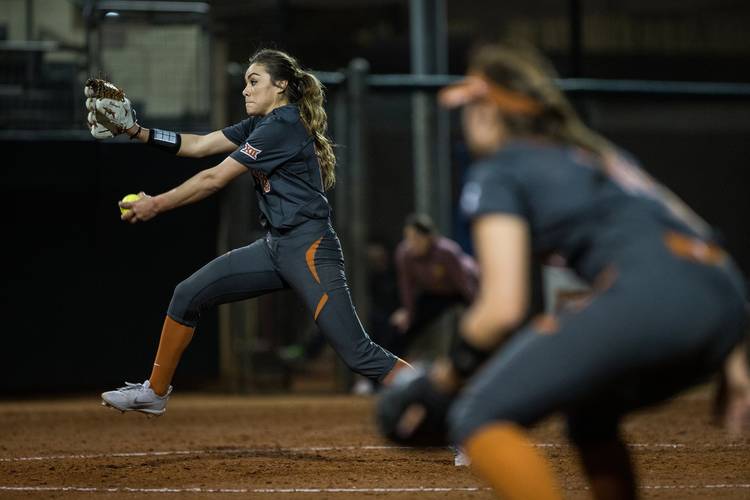 For the first time this season, one of the Big 12’s top softball players is a Longhorn.

Texas junior Brooke Bolinger was named the Big 12’s pitcher of the week on Monday. Bolinger beat Kansas twice over the weekend, and she allowed four hits and no runs over 9 1/3 innings. She struck out five Jayhawks in each of her appearances.

This season, the left-handed Bolinger has compiled a 6-4 record, a 2.63 ERA and a team-high 61 strikeouts.

Bolinger is the first UT softball player to win one of the Big 12’s weekly awards. Bolinger was honored on the same day that fellow UT junior Nolan Kingham was named the conference’s best baseball pitcher. Texas last had a baseball and softball player honored by the Big 12 during the same week in 2016.