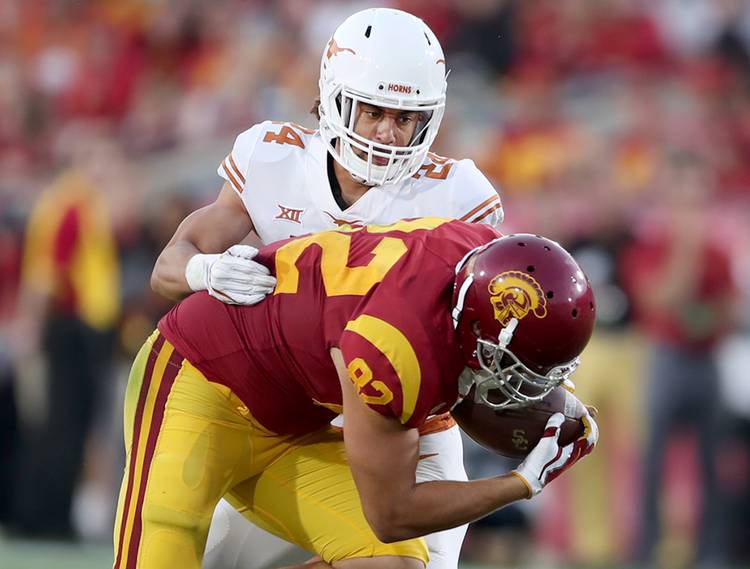 On a rainy evening in Austin, Texas saw some lightning at its football practice.

During its fourth practice of the spring on Tuesday, Texas’ defense worked on its lightning package for the first time in 2018. UT had success with its lightning scheme — which puts a sixth defensive back on the field — against the Big 12’s high-octane offenses last year.

In 2017, Kansas State and Kansas were the only Big 12 offenses that exceeded their season-long aerial averages against UT. (Kansas State passed for 254 yards during a two-overtime game on Oct. 7; Kansas went for 268 yards five weeks later). In terms of passing yards, four of the nation’s top 20 passers were Big 12 quarterbacks.

“I think the dime lightning package is here to stay, that’s for sure,” Texas coach Tom Herman said earlier this month.

In periods of practice open to the media this spring, John Bonney has worked as a boundary safety while P.J. Locke III has been UT’s first-string nickelback. On Tuesday, Herman said Bonney was the lightning package’s extra defensive back (also known as “the Joker”). Locke then slid over to Bonney’s spot in the secondary.

Texas women’s golf advances to championship round of March Mayhem

Bohls: Could Mo Bamba be the next Bill Russell?