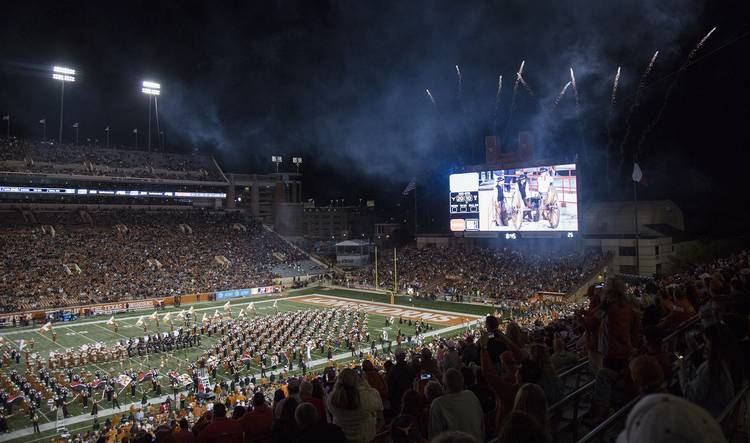 Texas coach Tom Herman hopes the upcoming Orange-White spring game on April 21 will draw a larger crowd since the game will start at 6:30 p.m. Admission is free.

By shifting to a night kickoff, the Longhorns are hoping this becomes a true event rather than a typical end-of-spring, midday practice.

“I sure hope so,” Herman said after Thursday’s practice. “Maybe it was too hot last year or it was on a tough weekend for people to come out. There are schools out there that, regardless of record, they’re putting 80,000 or 90,000 people in the stands for the spring game. I don’t see why the University of Texas should be any different.

“We’ve moved it to the night time, so people could get all their chores and lakeside jogging in during the day and hopefully come see the Longhorns that night.”

More schools are moving in the direction of turning spring game into an all-out affair. Oklahoma announced it will stage a Trace Adkins concert in conjunction with its spring game. New Texas A&M coach Jimbo Fisher has said he wants to draw a record crowd to Kyle Field.

Texas softball improves to 4-0 in Big 12