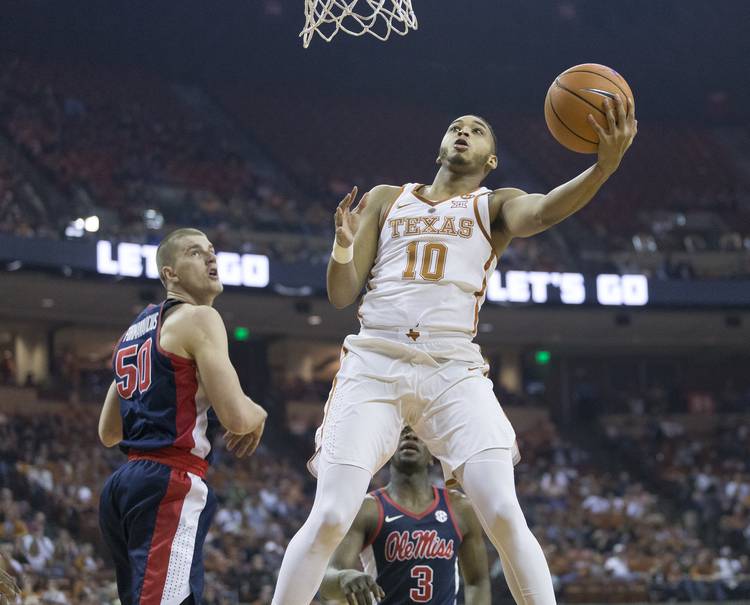 The Texas Secretary of State is investigating Christian Dawkins for his alleged pursuit of former Texas guard Eric Davis according to a report from Yahoo Sports, the same outlet whose reporting has been at the forefront of the college basketball scandal engulfing the sport since October.

According to the report, Dawkins, who was arrested last fall as part of the federal fraud case, received a letter from the Texas Secretary of State notifying Dawkins had violated the Uniform Athlete Agents Act.

The report lacks a statement from Texas Secretary of State Office, or Secretary of State’s name (Rolando B. Pablos), but the report states Dawkins, who worked for ASM Sports agent Andy Miller, was informed about the investigation after documents, viewed by Yahoo Sports in a February bombshell story, revealed that Davis received $1,500 from ASM.

Davis was withheld from competition after that story was published and Davis never played for Texas again. On Wednesday, the same day Yahoo published its latest piece, Davis announced he was forgoing his senior year.

While the Secretary of State’s office may be investigating Dawkins — the office has not commented — the matter is not a criminal investigation. Yahoo reports the investigation would seek a civil resolution that would likely result in a fine.

The story notes this the first report of a state entering into the investigation as more than 40 have similar UAAA type of laws.

Davis is clearly ready to move on from Austin, saying in a statement that he was ready to put the last month behind him.

“While I looked forward to putting the unfortunate events at the end of last season behind me and continuing to pursue my goal of helping the Longhorns win an NCAA championship, I have deliberated with my family and have decided to get an early start on my professional career,” Davis said in a statement.

“My experience as a Longhorn has been everything that I could have ever hoped for,” Davis continued. “I am truly grateful to be a University of Texas student-athlete, and I want to thank Coach (Shaka) Smart, the coaching staff and the athletic department for all of their support and assistance with my growth academically, athletically and personally.”

Davis averaged 8.8 points per game in 26 contests for Texas as a junior.

An agent in the state of Texas must obtain a certificate of registration from the Office of the Secretary of State. For a complete list of certified agents in Texas, click here.