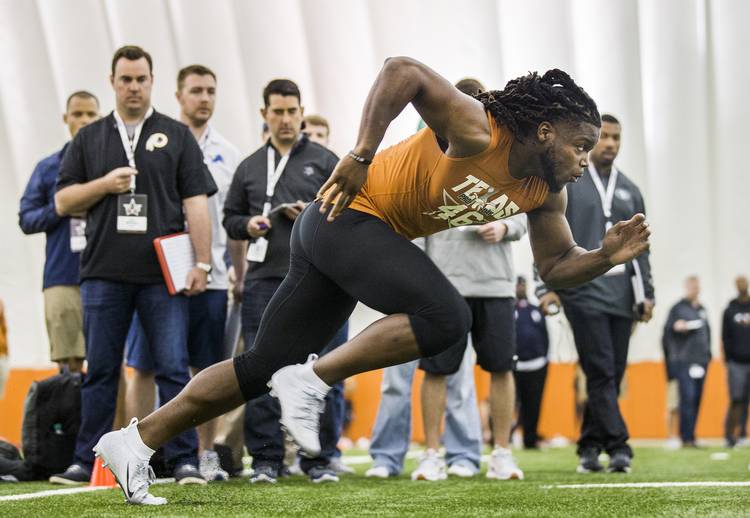 Will Connor Williams become a Raven? Will Malik Jefferson become a Charger?

Sixteen Longhorns had a chance to showcase their skills at UT’s pro timing day on Wednesday. If you missed the news, catch up with our coverage of the annual event.