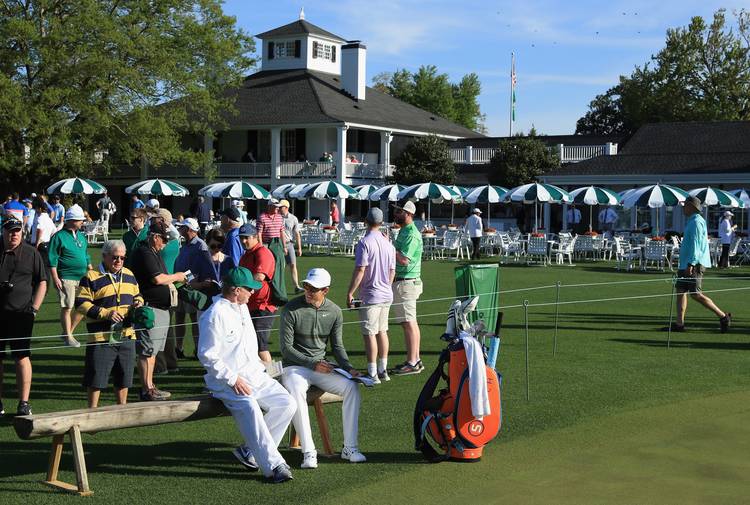 AUGUSTA, GA - APRIL 02: Dylan Frittelli of South Africa waits to play a tee shot on the first hole during a practice round prior to the start of the 2018 Masters Tournament at Augusta National Golf Club on April 2, 2018 in Augusta, Georgia. (Photo by Andrew Redington/Getty Images)

Dylan Frittelli wasted no time getting his face on the highlight reel during his first Masters.

The Pretoria, South Africa native who played college golf at Texas from 2008-12, made the first hole-in-one Wednesday during the Par 3 contest at Augusta National Golf Club.

RELATED: Bohls: Dylan Frittelli’s travels now bring him back to Austin for the Dell Match Play

Not a bad way to make your mark during your first Masters appearance, huh?

Frittelli will be playing without much to lose this week, as he grabbed the last automatic qualifying spot by being ranked No. 50 in the World Golf Ranking the week leading up to the tournament. He has two wins on the European Tour, both of them coming within the past year.

RELATED: Bohls: Texas’ Doug Ghim is a man with game and a Masters plan

Frittelli will tee off at 8:03 a.m. CT on Thursday morning alongside Jose Maria Olazabal and Kevin Chappell. Other Texas exes in the field include Jhonattan Vegas, Doug Ghim and, of course, Jordan Spieth.