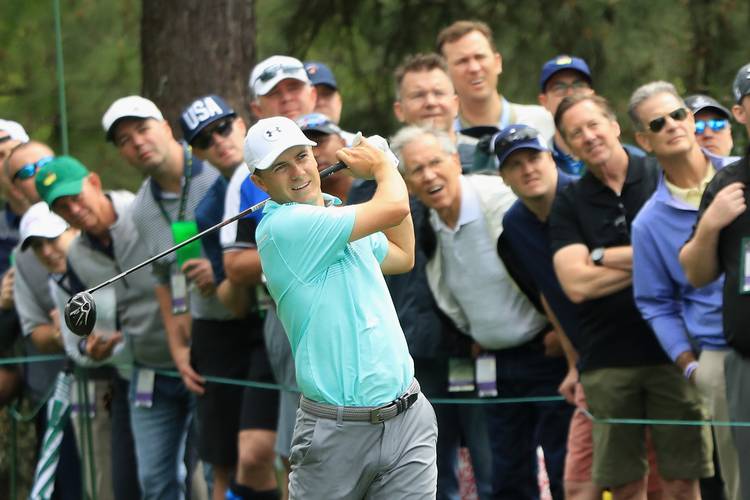 AUGUSTA, GA - APRIL 04: Jordan Spieth of the United States plays his shot from the 15th tee during a practice round prior to the start of the 2018 Masters Tournament at Augusta National Golf Club on April 4, 2018 in Augusta, Georgia. (Photo by Andrew Redington/Getty Images)

Jordan Spieth spends double on his accommodations at the Masters. So far in his career, it has paid off.

While other players rent houses for them and their families to stay in for the week, Spieth takes that strategy to the extreme. He rents two houses.

As Brian Wacker from PGATour.com reported in 2015 and Jason Sobel repeated in a story for The Action Network this week, Spieth rents two houses for Masters week — one for sleeping, and one for partying.

Well, sort of. The “party house” is where his parents, brother, friends and anyone else in town from Team Spieth stays. There’s only one rule: no golf.

RELATED: Bohls: With Jordan Spieth’s touch, confidence restored, is this year’s slow start behind him?

“The point is once Spieth leaves Augusta National, golf isn’t watched, discussed or perhaps even thought about,” Wacker wrote. “Playing cards, shooting pool, playing table tennis, watching the Dallas Mavericks — there are plenty of ways to keep himself entertained.”

Down the street, there is another house just for him. It’s a place he can sleep, meditate and get away from the chaos at Augusta National (and undoubtedly at the house with his family). Perhaps this year, his fiancée Annie Verret will get an invite.

It’s a genius plan. Of course, winning a golf tournament comes down to whoever makes the fewest strokes on the course, but few if any players have been as successful in their first four Masters appearances as Spieth.

“I’m surprised that more players haven’t picked up on this and said, ‘OK, I’m going to pay an extra 20-grand, 30-grand, whatever it is to rent one more house for the week if it means the difference between finishing in second place and finishing in seventh place, that’s going to be a difference in the size of the paycheck,'” Sobel told The Buffet podcast.

Yeah, you read those numbers correctly. Renting a house during Masters week is no joke. In 2012, Augusta.com reported that an average four-bedroom, three-bath home rents for $8,500, and other houses go for up to $25,000.

So while Spieth may not want his secret out there, the homeowners in Augusta are hoping that his strategy becomes a trend.

Breakfast with Bevo: It’s never too early for Texas volleyball