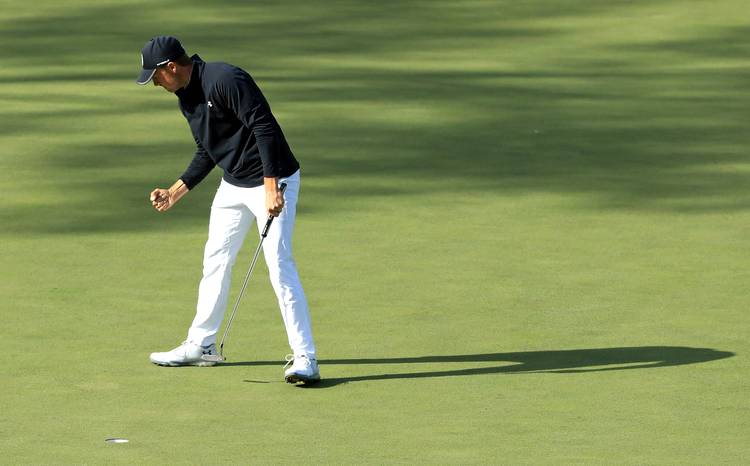 AUGUSTA, GA - APRIL 08: Jordan Spieth of the United States reacts to making birdie on the 15th green during the final round of the 2018 Masters Tournament at Augusta National Golf Club on April 8, 2018 in Augusta, Georgia. (Photo by Andrew Redington/Getty Images)

Jordan Spieth’s first bogey of the day left him one stroke shy of tying the course record shared by Nick Price and Greg Norman.

Spieth shot an 8-under 64 in the final round and finished at 13 under, two shots behind leader Patrick Reed. Spieth made a bogey on the par-4 18th after hitting a tree branch off the tee and then missing a 10-foot par putt.

Spieth looked like he would join them until his tee shot caught a branch and dropped well short of the fairway.

Still, Spieth became the seventh player in Masters history to shoot a 64 in the final round.