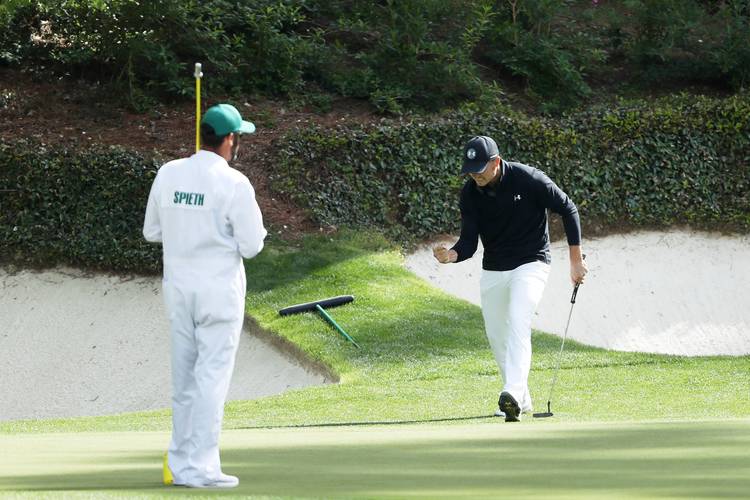 AUGUSTA, GA - APRIL 08: Jordan Spieth of the United States celebrates making a putt for birdie on the 12th hole during the final round of the 2018 Masters Tournament at Augusta National Golf Club on April 8, 2018 in Augusta, Georgia. (Photo by David Cannon/Getty Images)

Former Texas standout Jordan Spieth has finished his final round of the 2018 Masters gold tournament in Augusta two strokes behind leader Patrick Reed and is -13 for the tournament.

Spieth shot eight under par in the final round to briefly tie for the lead at the prestigious tournament, where he won in 2015.