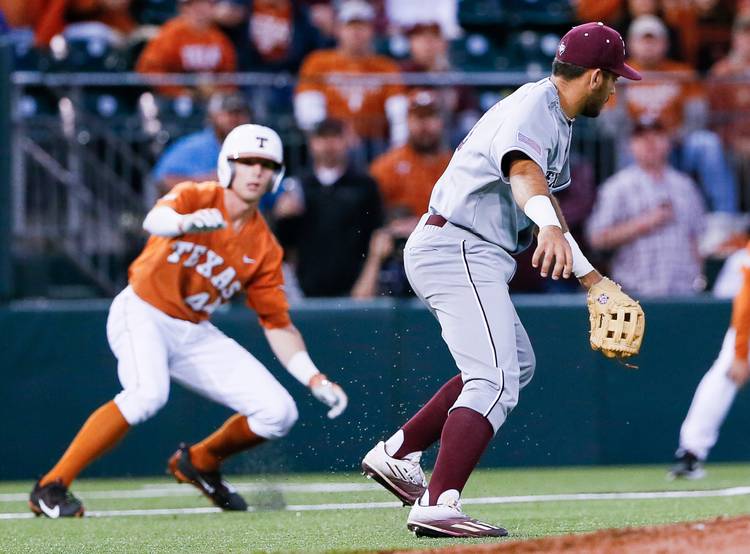 This week, Texas’ baseball team should not expect to find much hospitality on the road.

Texas will visit Texas A&M on Tuesday before traveling to Oklahoma for three games over the weekend. Bragging rights against its two biggest rivals will not be the only thing on the line for Texas, though. No. 16 Oklahoma and No. 22 Texas A&M both appeared in the D1Baseball poll on Monday, so this week will also serve as a barometer for an unranked Texas team that is 22-12.

Texas A&M’s team ERA of 2.79 ranks seventh nationally. The Aggies are scoring 6.4 runs per game. Texas A&M (23-9) is coming off a series in which it won two of the three games it played against LSU, which went 2-1 against UT earlier this year.

Are the Aggies ready for the Longhorns, who have won six straight games? Well, at least one of their sponsors is.

Texas holds a 243-125-5 lead in its all-time series with Texas A&M, and the last two games between the Longhorns and Aggies have been classics. In 2016, Texas A&M walked off with a 5-4 triumph at home. Last year, Texas clung to a 4-3 win in a game that featured an Aggie getting thrown out at the plate in the eighth inning.

The first pitch at Blue Bell Park is scheduled for 6 p.m. The game will be televised on the SEC Network. Fans back in Austin can also listen on 104.9 FM or 1260 AM.