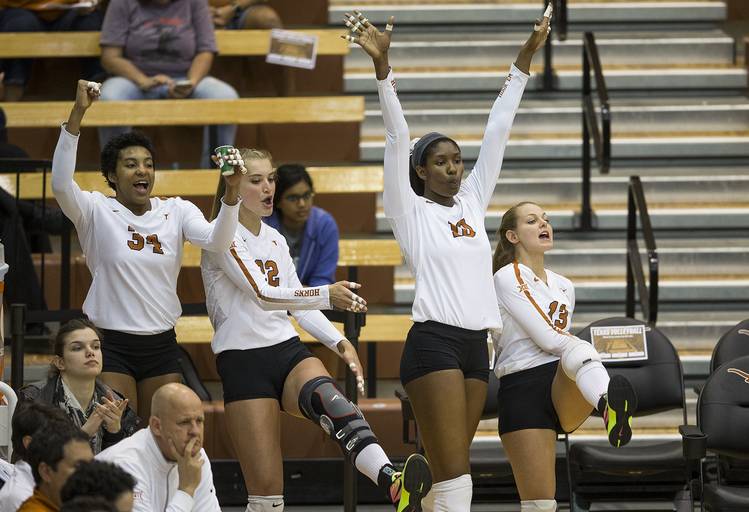 Whenever Texas releases its 2018 volleyball schedule, a reunion with Lexi Sun won’t be on it.

The Lincoln Journal Star has reported that Texas and Nebraska won’t meet in this year’s VERT Challenge. Nebraska and Texas have participated in the last three early-season showcases, and they played each other in 2015 and 2016. The two teams, though, will both their VERT Challenge matches this season against Florida and Oregon.

Nebraska will host this year’s VERT Challenge, so the Huskers set the schedule. Nebraska beat Florida for the NCAA’s championship in 2017. Texas went 27-3 and reached a regional final last year while Oregon was bounced from the second round of the NCAA tournament.

A match-up between Texas and Nebraska would have been appealing for volleyball fans since the Huskers recently added Sun to their roster. Sun spent her freshman year at Texas, and she ranked second among the Longhorns with her 3.27 kills per set. A 6-2 outside hitter, Sun arrived at Texas as the nation’s top recruit.

The Sun-less Longhorns, who went through this spring with only 10 players on their roster, beat Texas A&M last week in a scrimmage at Gregory Gym. Texas State cancelled the exhibition match it was supposed to play against Texas on Thursday night. Texas has also pulled out of this weekend’s F.A.S.T. Tournament, which was the last item on its springtime schedule.

Texas, Notre Dame in a two-team race for NaNa Osafo-Mensah