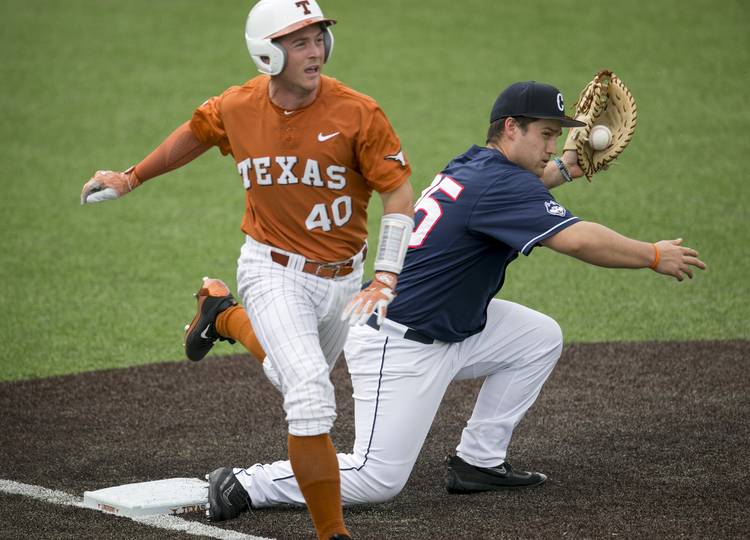 Weighed down by three defensive errors on Sunday, Texas ended its five-game week against non-conference opponents with a 4-1 loss to New Orleans.

With two outs in the third inning at UFCU Disch-Falk Field, New Orleans built a 3-0 lead as four straight batters reached base. A two-run error in centerfield was the inning’s key play, but the Privateers also collected two hits off Blair Henley. A sixth-inning error in the outfield led another score for New Orleans, and Henley was saddled with four unearned runs over a start that lasted 5 1/3 innings.

That's all for the Horns in the 7th but @r_reynolds5's 4th homer of the year got Texas on the board. #HookEm 🤘 pic.twitter.com/AMH9AOln3o

The 21st-ranked team in the D1Baseball poll, Texas had won its four previous games this week. Texas (28-15) is set to host Houston on Tuesday. Next weekend, the Longhorns have a trip booked to West Virginia.