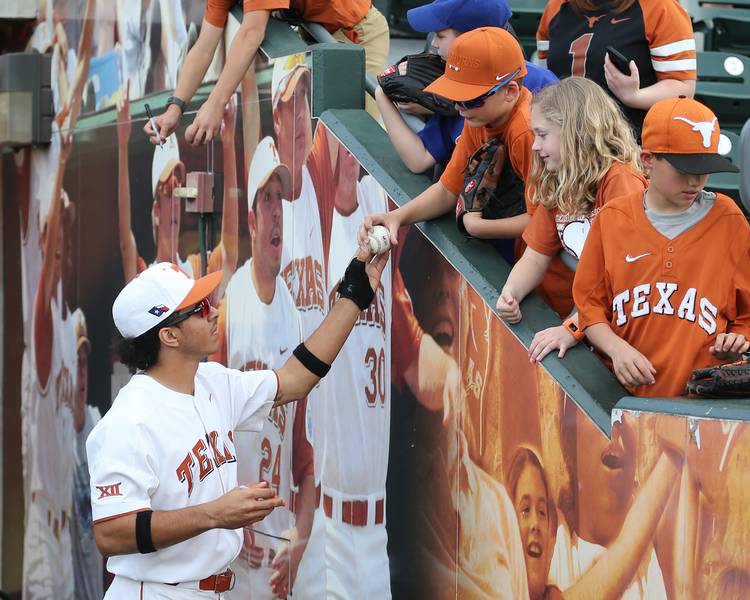 Already No. 1 on Texas’ roster, sophomore shortstop David Hamilton can also be found near the top of some statistical categories.

After swiping six bags over UT’s last five games, Hamilton ranks in a third-place tie among Division I base stealers. His defense also leads the country with its 48 double plays.

Only three teams turned more double plays than UT last year, so it shouldn’t be a surprise that the Longhorns are still successful at turning two. Top-tier speed, however, is not something that Texas fans are used to seeing.

Only twice in the past decade was a Longhorn listed among the NCAA’s top 100 base runners. Ben Johnson’s 21 steals were bettered by 62 Division I athletes in 2014. In 2008, Travis Tucker’s 22 steals ranked 76th.

This spring, Hamilton has been successful on 26 of his 32 attempted thefts. Only Army’s Jacob Hurtubise (30) and VMI’s Nathan Eaton (27) have more steals. Hamilton is the first Longhorn to steal 25 bases since Drew Stubbs in 2006. He’s already exceeded his freshman-year production by 12 steals.

Hamilton first showcased his speed while attending San Marcos High. He attempted 75 steals over his junior and senior years with the Rattlers and was caught once. As San Marcos’ quarterback, Hamilton also ran for 2,140 yards over a 10-game season in 2014.

Ranked 19th nationally, Texas (28-15) will host Houston on Tuesday before traveling to West Virginia this weekend. Base runners have had moderate success against the Cougars (40-of-57) and Mountaineers (28-of-44) this season.