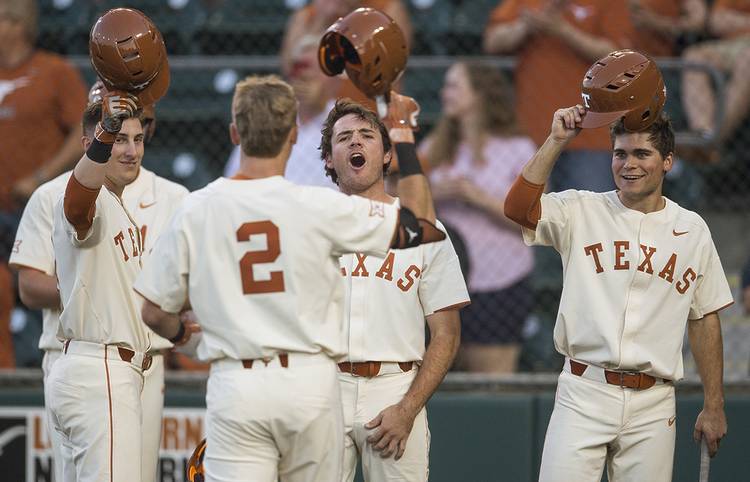 After playing five games against non-conference opponents last week, Texas is trending up and trending down at the same time.

Even though it made positive strides in the D1Baseball poll, Texas has slipped from 23rd to 33rd in the RPI rankings in the span of a week.

Texas opened last week with 13-2 and 10-2 blowouts of UT-Rio Grande Valley and Texas Southern, and senior Jake McKenzie played all nine positions in the UT-RGV game. UT then took two of the three games it played against New Orleans. UT-RGV, Texas Southern and New Orleans have combined for a 56-67 record this year.