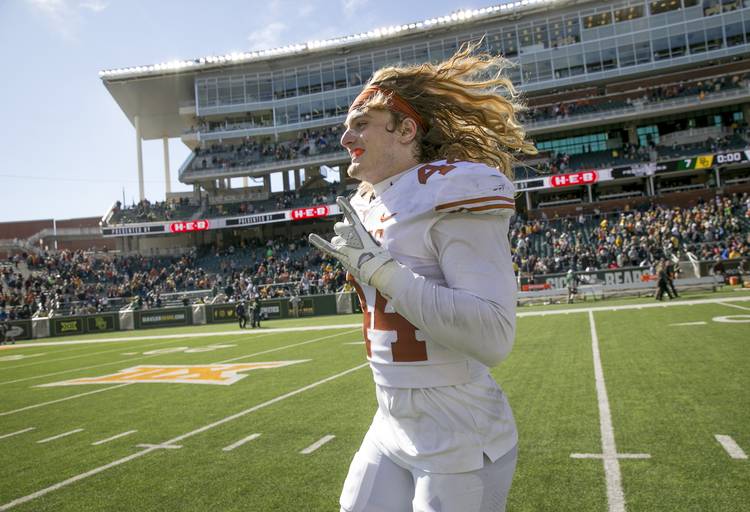 Connor Williams is likely to become a multi-millionaire on Thursday, but Texas linebacker Breckyn Hager will always have that one time he owned the All-American left tackle in practice.

And he kept the receipts.

Hager posted video of a Longhorns practice on Instagram Thursday, prompting a hilarious group chat between former teammates in the comments. In the video, Hager ducks past Williams to put a hit on quarterback Shane Buechele. Then things get a little physical.

RELATED: Golden: Connor Williams helped his NFL cause at the combine, but will he be a pro tackle or guard?

That’s Tristan Nickelson who comes in late with the last hit on Hager, by the way, not Williams. But we’ll get to that.

As mentioned above, the best part are the comments.

Michael Dickson: “Bogan move by you.”

Malik Jefferson: “Lmao why they so mad though.”

Jefferson: “Can’t do that in games (late hit after a sack)

Jefferson: “Good job @bgshanebuechele getting on the ball.”

And here’s Nickelson, who decided to chime in on Twitter.

How many Texas Longhorns have been taken in the NFL Draft in the last 10 years?