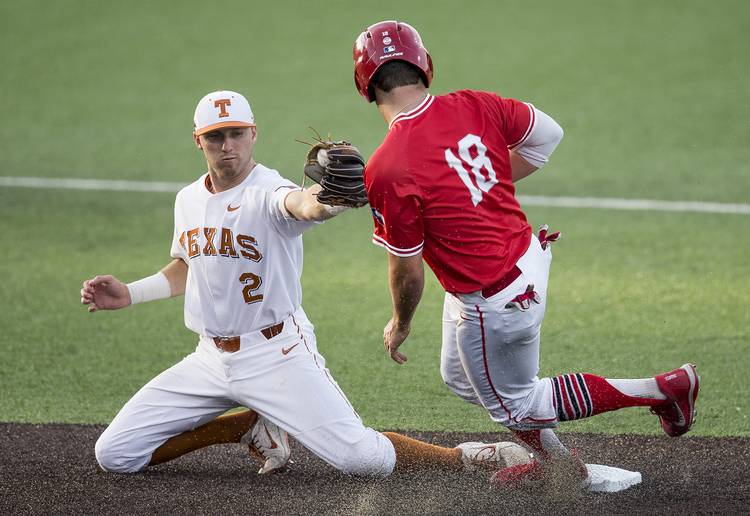 Texas slipped to No. 24 in the D1Baseball poll on Monday. The Longhorns were ranked 19th last week, but the team split its four games against Houston and West Virginia. After recording a 9-4 win over Houston, Texas closed out a three-game visit to West Virginia with 8-6 and 8-3 losses.

Texas was joined in the D1Baseball poll by No. 9 Texas Tech and No. 17 Oklahoma State. This week, Texas will play Texas State at home before heading to Lubbock for three games.