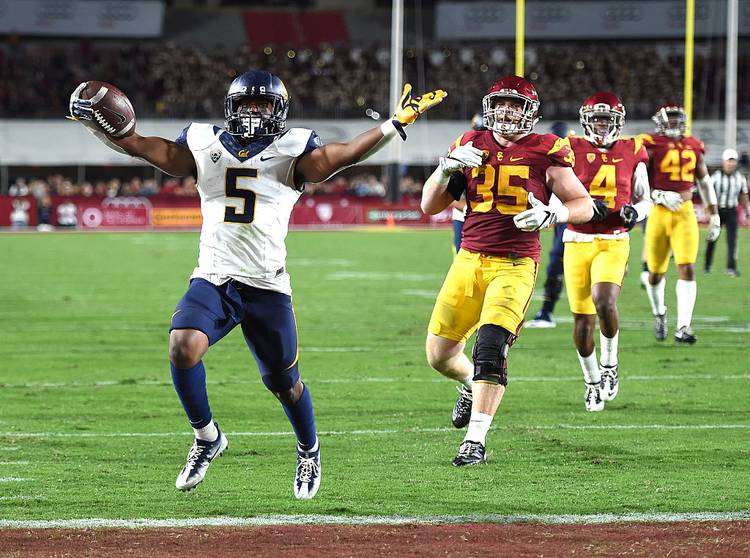 Running back Tre Watson #5 of the California Golden Bears celebrates as he scores a touchdown in front of linebacker Cameron Smith #35 of the USC Trojans to trail 21-7 during the second quarter at Los Angeles Coliseum on October 27, 2016 in Los Angeles, California. (Photo by Harry How/Getty Images)

Texas added instant help to its running back room with the addition of grad transfer Tre Watson. The former Cal Bear picked the Longhorns over Texas Tech and LSU on Sunday after taking officials to each program over the past month. The 5-10, 190-pounder suffered a season-ending injury in the second game of 2017 and announced his intention to transfer in January.

The Longhorns need more depth at running back. Neither Danny Young or Toneil Carter took a stranglehold on the position as true freshman. Tom Herman’s staff will add 2018 signee Keaontay Ingram in the summer. Watson provides another reliable option with experience in the backfield and as a kick returner.

Watson signed with Cal in the 2014 class and played in seven games as a true freshman. He rushed for 504 yards and scored three rushing touchdowns in his sophomore season, adding 709 yards and four touchdowns as a junior. The former three-star recruit was named to the Doak Walker Award list prior to the start of the 2017 season.