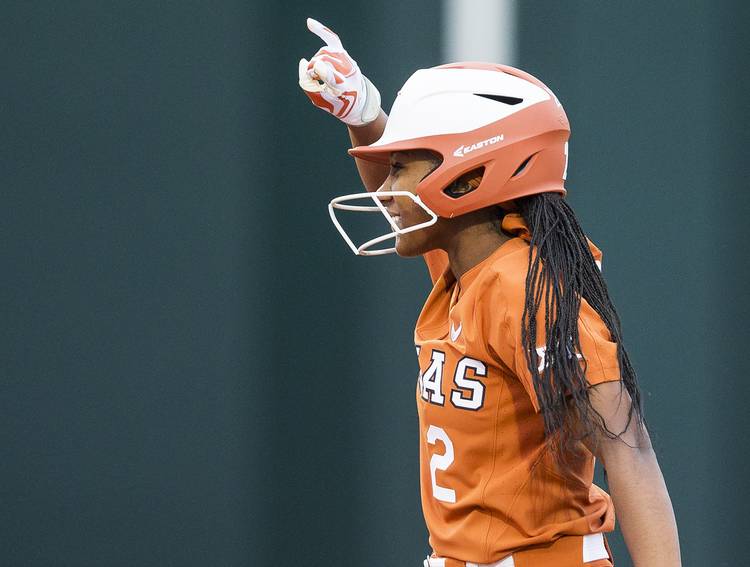 To be the Big 12’s best, Texas will have to beat the best.

At the USA Hall of Fame Stadium Complex in Oklahoma City on Friday, Texas will meet Iowa State and Oklahoma in pool play for the Big 12’s softball tournament. Texas is seeded fourth while Oklahoma and Iowa State are, respectively, the six-team tournament’s top and bottom seeds.

UT will play Iowa State at 11 a.m. on Friday, and the Texas/Oklahoma battle is set for 2 p.m. Texas will be ranked among the teams in its pool after its two games on Friday. The following day, the Longhorns will play the team with the similar standing from a pool that features No. 2 Oklahoma State, No. 3 Baylor and No. 5 Texas Tech.

This season, Texas (30-23; 10-8) has seen mixed results against the teams in its pool. Texas swept Iowa State in March, winning its three games by the combined score of 27-9. Sophomore outfielder Kaitlyn Washington was named the Big 12’s Player of the Week after she hit three homers against the Cyclones.

UT, however, has lost 14 straight games against an Oklahoma team that went 18-0 in Big 12 play this season. Oklahoma, which has also won the past two NCAA championships, recorded 6-0, 7-1 and 5-4 wins over Texas less than two weeks ago. The Longhorns did lose two late leads in the Sooners’ last conquest.

Texas has probably already done enough to secure a trip to the NCAA tournament. UT currently has the nation’s 34th-best RPI. Last year, a 31-win UT team with the 33rd-best RPI earned a No. 3 seed in a four-team regional that was held in College Station.