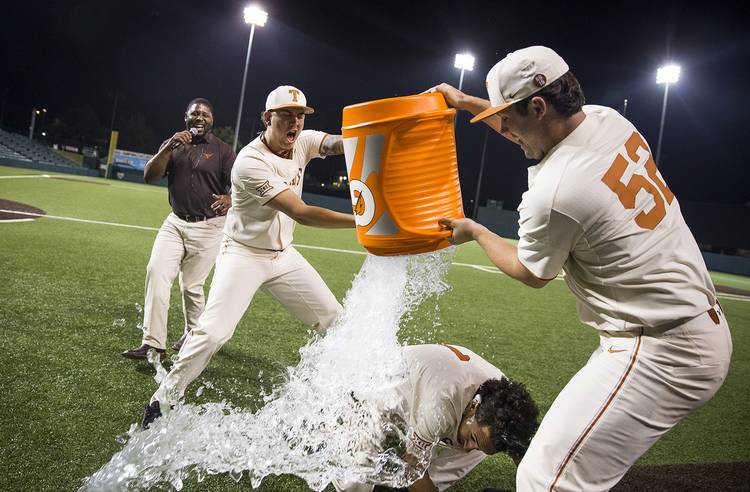 It took a wild comeback and two wins in a hostile environment, but Texas has made a good impression.

On Monday, Texas earned the No. 17 spot in D1Baseball’s weekly ranking of the nation’s baseball teams. This is this year’s highest placement in the D1Baseball poll for Texas, which was ranked 19th after the season’s opening week. Last week, Texas found itself in the poll’s 24th slot.

Texas opened this past week with an 11-10 win over Texas State. UT shortstop David Hamilton hit a walk-off grand slam in the victory, which came at the expense of his hometown team.

Texas then won two of the three games it played at Texas Tech, which was ranked ninth nationally. For Texas, a 16-5 loss on Saturday was sandwiched by 12-6 and 7-5 conquests. The win on Sunday prevented Texas Tech and Oklahoma from catching the second-place Longhorns in the Big 12 standings.

Due to finals, Texas has no games scheduled for this week. UT will close out the regular season from May 15-19 with four games at home against Texas State and TCU.