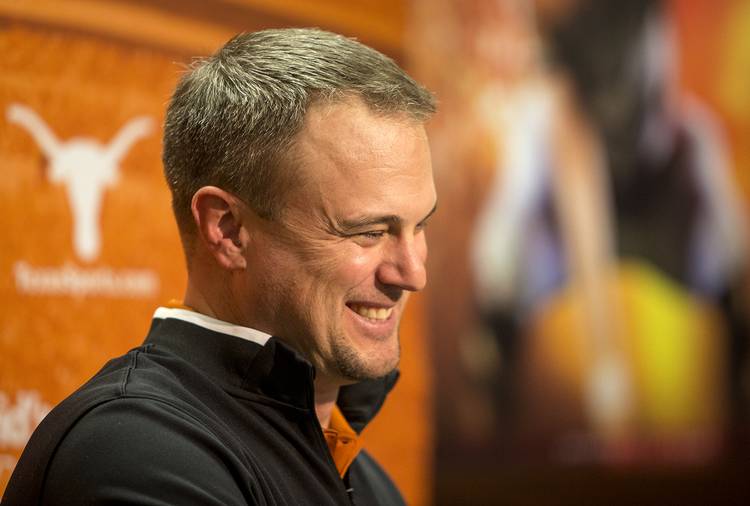 Tom Herman won’t be fenced in by the borders of Texas. He’s shown a willingness to recruit outside of the state since arriving in Austin and that trend continued Tuesday when three-star tight end Brayden Liebrock of Chandler, Ariz. picked the Longhorns over Arizona State, Cal and Ohio State. Half of Texas’ six commitments in the 2019 class are from outside of Texas.

Liebrock is a 6-5, 220-pound tight end. He returned from an official visit to Austin on Sunday and announced his plans to commit earlier in the day on Tuesday. He became the biggest target at the position once it was clear Baylor Cupp was leaning toward Texas A&M. Liebrock is a similar prospect with wide receiver skills and the frame to handle the load as a blocker.

Texas signed two tight ends in 2017 and one in 2018. The Longhorns would take two tight ends in the 2019 class if scholarships allow. Herman made it a priority to improve the tight ends room once he took over as head coach and now he has a young stable of tight ends on campus with Liebrock now part of the future.