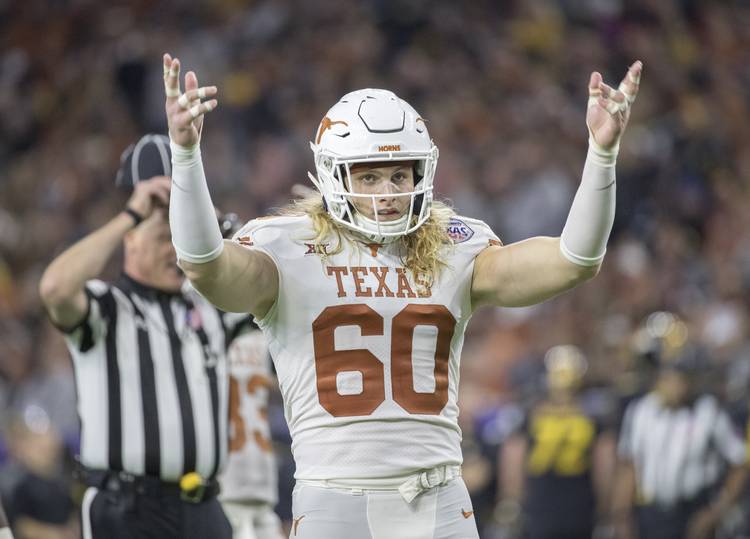 Wearing No. 60 is one of the greatest honors a Longhorn linebacker can receive at the University of Texas. For Breckyn Hager, that honor is even more special considering he is the son of one of the greatest linebackers in program history, Britt Hager, who dominated for the Longhorns in the 1980s.

The No. 60 is special because it’s Tommy Nobis’ number.

Nobis, a member of the 1963 National Championship team and former No. 1 overall pick of the Atlanta Falcons is considered the greatest linebacker in program history and is certainly considered one of the five greatest players in program history. Through the years several linebackers have been given the honor of wearing the number, including Britt Hager and Derrick Johnson.

Just weeks after Nobis’ death, Texas decided to honor the legend with Breckyn Hager donning the jersey for the Longhorn’s Texas Bowl game against Missouri.

The Longhorns won 33-16 and Breckyn recorded four tackles in the win. On May 3, the Longhorns gave the No. 60 jersey to Nobis’ widow, Lynn. Longhorn Network captured the moment here: