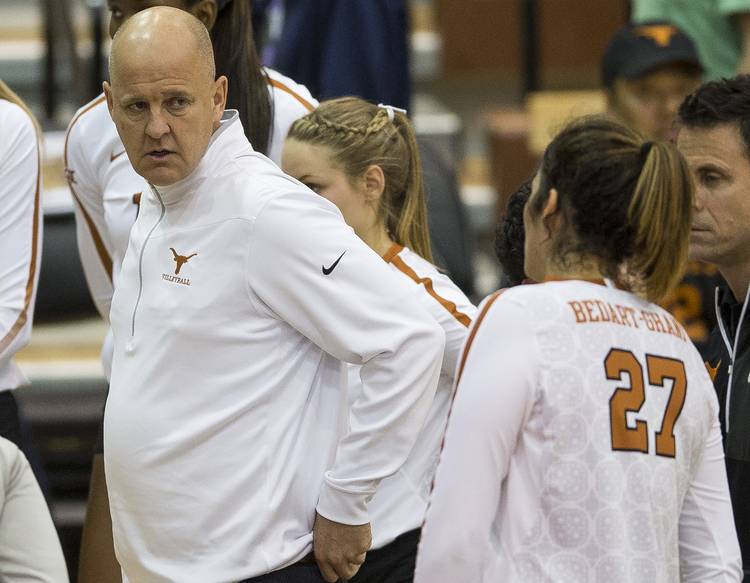 The Tennessean reported this week that Logan Eggleston will join UT’s volleyball team a year earlier than expected.

A 6-2 outside hitter, Eggleston was originally a member of Texas’ 2019 recruiting class. Eggleston’s mother, Lori, told the Tennessean that her daughter took additional classes online this semester. She will now graduate with the senior class at Brentwood High in Brentwood, Tenn.

Lori Eggleston said Texas had an extra scholarship available for her daughter. UT graduated four seniors from this past year’s team and lost Lexi Sun to an unexpected transfer to Nebraska. Middle blocker Asjia O’Neal and libero Sydney Petersen are the only incoming freshmen that Texas has announced.

On Thursday, a Texas spokesperson declined to comment on the addition of Eggleston.

According to the Tennessean, Eggleston recorded 377 kills and 170 digs during her junior year. She missed half the season while playing for Team USA in the U18 World Championships. The was the Tennessean’s player of the year.

Texas went 27-3 this past season. The Longhorns went through spring practices with only 10 players. All-American Micaya White and senior-to-be Yaasmeen Bedart-Ghani are the only outside hitters listed on UT’s roster.

Texas will open its 2018 season against Oregon and Florida in the Nebraska-hosted VERT Challenge.