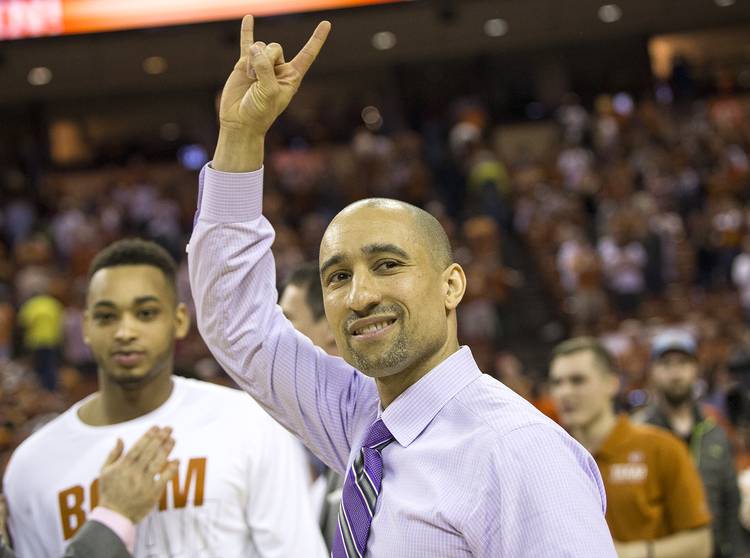 With other conferences expanding its league play to 20 games, two of college basketball’s most successful conferences may be uniting.

This is terrific news for the hardcore basketball fans of both conferences as the two leagues are considered two of the three best in the sport — the ACC being the third top conference. Advanced statistics will support the Big 12 and Big East’s claim of conference excellence, and in April the league’s two best programs, 2018 National Champion Villanova, and Kansas, the 14-consecutive Big 12 champion, met in the Final Four.

There is a possibility that the two leagues could work something out for this upcoming season (basketball schedules work a little differently than say football, where non-conference schedules are set sometimes years in advance), and if that happens, we have some thoughts on who fans should want to see the Longhorns play.

Texas is going to possibly have the best team of the Shaka Smart era so far next season. Whether junior Kerwin Roach returns to school or not, Texas will have experience, size and a talented backcourt. Senior Dylan Osetkowski, sophomores Matt Coleman and Jericho Sims join a top-10 ranked recruiting class that should have Texas thinking of a NCAA Tournament return next March.

This is important because the leagues would probably pencil the Longhorns in as a marquee matchup in the event. There’s also some other things to consider, such as that Kansas-Villanova game everyone would want is already happening. The Jayhawks are hosting the Wildcats on Dec. 15 and will play in Philadelphia in 2019. If the rules were similar to the Big 12/ SEC Challenge, Kansas and Villanova would get different matchups.

Texas’ 2018-2019 schedule consists of the Las Vegas Invitational on Nov. 22-23 where they are joined with Michigan State, North Carolina and UCLA. Texas will play Arkansas in El Paso to open the season on Nov. 9. A full schedule will be released closer to the season.

On paper this would be a terrible game and shouldn’t be over matchups with Crieghton, Marquette or Georgetown. For now, St. John’s star Shamorie Ponds hasn’t decided if he’s staying in the NBA Draft or not. If Ponds returns he’ll be one of the best players in the country and one of the best players Texas would play all season. However, if Ponds leave, he told the New York Post he’s leaning toward staying in the draft, we’d swap this with Marquette (21-14, 9-9) who feature Markus Howard and could be a potential top-25 team next season.

Sneaky reason we want St. John’s: If Texas played the Red Storm on the road, the game would likely be at Madison Square Garden.

No team is set to take a bigger drop off than Xavier, who is the defending Big East champs and were a No. 1 seed in the NCAA Tournament in March. But gone is coach Chris Mack. Gone are leaders Trevon Blueitt and JP Macura. New coach Travis Steele has his work cutout for him, especially after Kaiser Gates decided he was leaving. Now the Musketeers need to rely on junior-to-be Quentin Goodin, Naji Marshall and graduate transfer Ryan Welage. Xavier has been here before when coach Pete Gillen leaving was supposed to end the program, followed coaches Skip Prosser, Thad Matta and Sean Miller. Xavier is good at staying competitive and are an established program that won’t see many changes from Mack to Steele, thus making this a good game.

Story line for a game against Xavier: One of the best Ohio prep players and Cincinnati star at Archbishop Moeller High School is Texas incoming freshman Jaxson Hayes, who was recruited by Xavier.  Can’t you already hear Holly Rowe talking about this?

Providence making the NCAA Tournament last season raised the respect level of coach Ed Cooley. The Friars weren’t a popular pick to make the tournament but Cooley was able to get them to the dance. Next season they’ll have Emmitt Holt back from an injury and Alpha Diallo will be one of the primary scoring options. They also have two top-50 recruits in David Duke and AJ Reeves, making Providence a popular pick to challenge for the conference title.

Sneaky reason we want Providence: Ed Cooley may be one of the 15 best coaches in the country, and there’s a chance many Longhorn fans may only him as the dude who ripped his pants during a game and continued coaching.

Not even losing yet another top coach to a bigger program or NBA team could keep Butler out of the NCAA Tournament this March. The program endures. It would be the third time in a calendar year Texas would have played the Bulldogs so the two teams are familiar with each other. Even with Kelan Martin gone, Butler would still have a great backcourt in Kamar Baldwin and Paul Jorgensen.

Sneaky reason we want Butler: Like St. John’s, a game against Butler could mean a trip to Hinkle Fieldhouse, one of the best arenas in college basketball.

Obviously this is the game everyone should want. Villanova has won two of the last three national titles and just had one of the best tournament runs ever, wiping the floor with just about every team they faced. Mikal Bridges and Jalen Brunson aren’t supposed to return and Omari Spellman should be heading to the draft as well. The question will be if Donte DiVincenzo is back, teaming with Eric Paschall and Phil Booth and a strong recruiting class that features Jahvon Quinerly and graduate transfer Joe Cremo. And frankly, if it’s not Kansas playing Villanova, the league would be looking at West Virginia, Kansas State, TCU and Texas (likely the top-ranked teams after Kansas entering next season) to fill that spot. Texas would likely be a sexier TV matchup among that group.

Story line for a game against Villanova: A win over Villanova — no matter if it’s in Austin or Philadelphia — would be the biggest win of Shaka Smart’s Texas career.