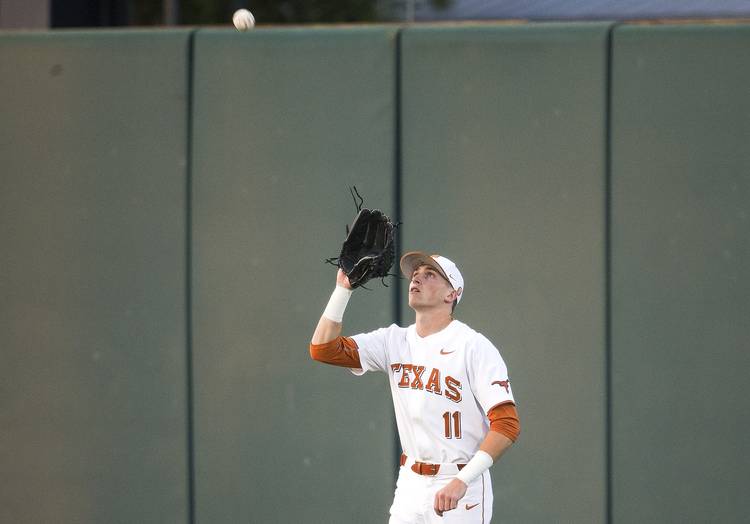 Texas outfielder Duke Ellis (11) gets under a fly ball during a baseball game against Houston in Austin on April 24, 2018. NICK WAGNER / AMERICAN-STATESMAN

With one week to go in the regular season, Texas is only looking up at one Big 12 rival in a national poll. UT also trails only team in the conference’s standings.

Texas remained ranked 17th in D1Baseball’s weekly poll on Monday. After earning the 17th spot in last week’s poll — the team’s highest ranking of the season — Texas was idle as its athletes focused on final exams.

UT will conclude its regular season this week, and the team still has a shot at securing first place in the Big 12 standings. Texas will host Texas State on Tuesday before starting a three-game homestand against TCU (29-19; 10-10) on Thursday. The Big 12’s second-place team, Texas trails Oklahoma State by two games. The Cowboys have three home contests against Texas Tech scheduled for this weekend.

Texas has already secured a berth in the Big 12’s postseason tournament, which begins next Wednesday.