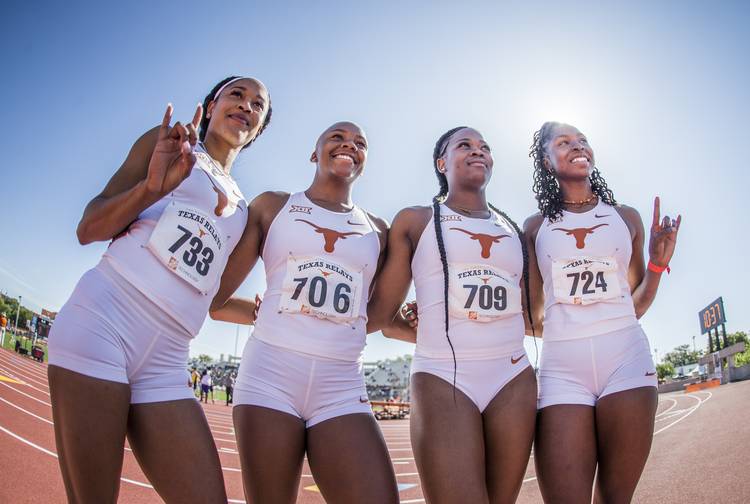 After spending the weekend in Waco, Texas was given a set of silver as a parting gift.

This marks the first time since 2011 that Texas has not won at least one team title at the Big 12’s outdoor showcase.

Considering its narrow loss to Kansas State, the key race for Texas was the women’s 400-meter relay on Sunday. Texas entered among the favorites in the relay, but the Longhorns did not finish due to a dropped baton. The fourth-place time of 44.84 seconds — which was worth five points — had been bested by UT in three races this season.

Even though its teams twice won silver, UT had some of its individual athletes climb to the top of the medal stand on Sunday. Texas junior Teahna Daniels won the 100-meter dash with a time of 11.11 seconds. Freshman Sam Worley beat longtime teammate Alex Rogers to the finish line to give UT its first male champion in the 1,500-meter run since Leo Manzano in 2008.

UT’s other medalists on Sunday were juniors Barrett Poth and Alex Cruz and sophomore Serenity Douglas. Poth placed second in the men’s pole vault. Cruz earned a third-place finish in the women’s 1,500-meter run. Douglas’ time of 51.91 seconds in the women’s 200-meter dash by only Baylor’s Kiana Horton, who was the meet’s high-scorer.

Invited once again to the NCAA tournament, Texas to travel to Seattle-hosted regional