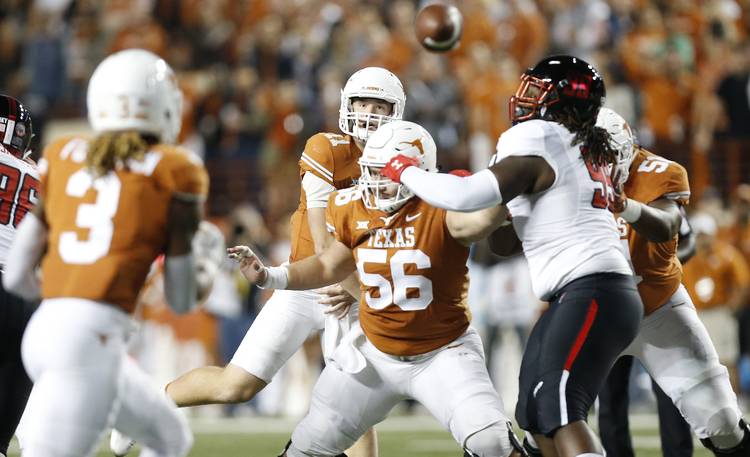 Texas junior Zach Shackelford has been placed on the spring watch list for the Rimington Trophy, which is awarded annually to college football’s best center.

The Rimington Trophy was first awarded in 2000. No Longhorn has ever earned the honor, although Chris Hall was a finalist in 2009. A 6-4, 305-pound native of Belton, Shackelford was on last year’s preseason watch list.

Shackelford has made 17 starts as a Longhorn, eight of which were recorded in 2017. With Shackelford starting, Texas exceeded 400 yards of offense in games against Maryland, San Jose State and Oklahoma.

In April, Shackelford told reporters he was hoping to improve on his “consistency” this season.

Bohls: Explicit content in text messages? You bet if there could be an Aggie-Longhorn matchup