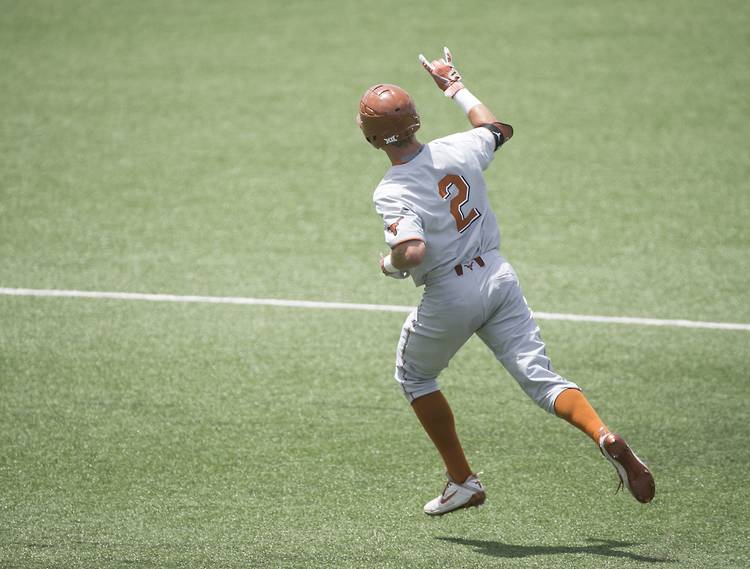 Texas’ 40th game at UFCU Disch-Falk Field this season will have the biggest stakes.

With a 4-2 win on Sunday, Texas forced a third and decisive game with a Tennessee Tech team that opened this super regional with a 5-4 conquest. The Longhorns (41-21) and Golden Eagles (53-11) are scheduled to meet at 12 p.m. on Monday.

Monday’s winner will advance to the College World Series.

Move over Roger, a new Clemens might be coming for that nickname.

RELATED: Golden: A good Austin super regional is better with emotion from both Texas, Tennessee Tech

Doubles from Kody Clemens and Ryan Reynolds made Tennessee Tech pay for leadoff walks in the first two innings. Tennessee Tech scored its first run on an error by Clemens in the second inning, but he quickly made up for it with a third-inning blast. The homer — Clemens’ 23rd of the season and fourth of the postseason — gave Texas a 3-1 lead.

That offense was enough for Chase Shugart and Blair Henley, who tamed a Tennessee Tech offense that led the nation with its .337 batting average. The Golden Eagles managed only three hits, which was a season-low.