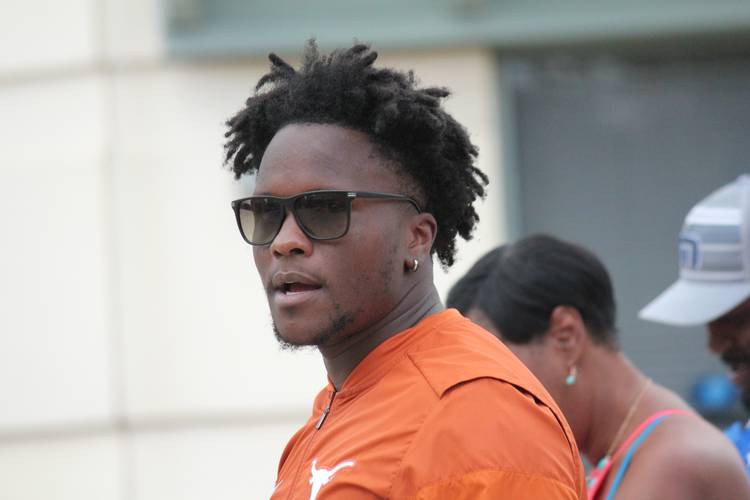 Byran Carrington, the director of recruiting for Texas, at the Heat Wave in June. (Mike Craven)

Jaren Mangham, the No. 30-ranked athlete in the country, included the Longhorns among the nine finalists for his commitment. The 6-foot-1, 214-pound prospect from Cass Technical High School in Michigan can play running back or outside linebacker. Texas prefers him at outside linebacker.

Next is the commitment🙏🏽 #Blessed pic.twitter.com/MTiqtzFbyq

Mangham included Texas alongside programs like Texas A&M, TCU and Tennessee. He holds 47 offers and is a four-star talent. Michigan is considered the favorite because of the proximity to his home, but Texas programs have a shot because Mangham grew up near Houston. He plans to take an unofficial visit to Austin before the start of his senior season.