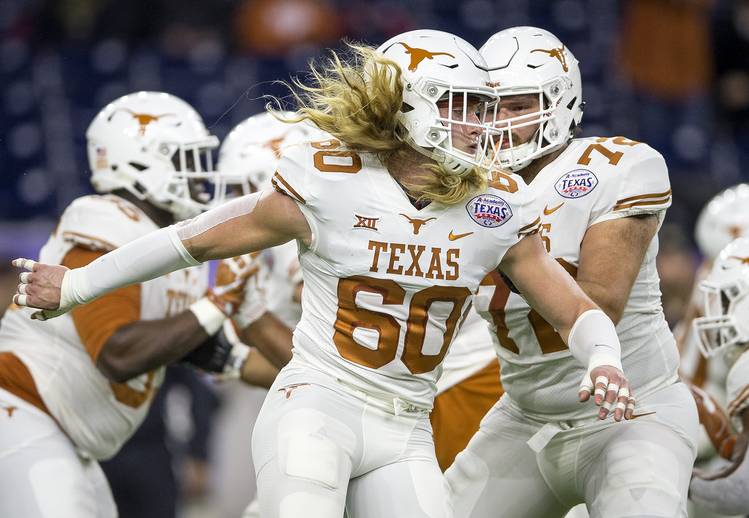 Texas linebacker Breckyn Hager is one of the most easily recognized players on the roster.

Flowing blond hair and a cocky attitude are the characteristics for which he is known by most Longhorns fans, but there is something else that led NFL scouts to describe him as “freakish.”

RELATED: Texas LB Breckyn Hager knows his time is running short; ‘So I’ve got to bring it’

qThe Westlake product appeared on a list compiled by NFL.com’s Chase Goodbread thanks in part to his vertical jump.

Goodbread notes that Hager can reach 38 inches. At 255 pounds, that makes the Texas senior a rare breed. Only two players weighing 255 pounds or more had a vertical jump of at least 38 inches at this year’s NFL combine.