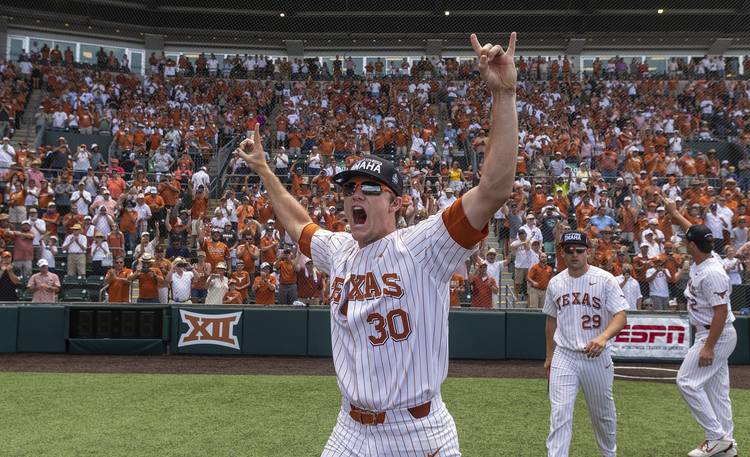 After five years at Texas and two trips to the College World Series, Josh Sawyer has decided to wear a new uniform.

Sawyer announced on Tuesday night that he had signed with a Chicago Cubs franchise that used a 16th-round pick on him in last month’s MLB Draft. Sawyer tweeted out the news in the form of a heartfelt farewell. MLB.com’s Jim Callis reported the left-handed pitcher received a signing bonus of $125,000.

Well that’s a wrap. Thank you longhorn nation for the best 5 years of my life! @Cubs here I come! #FlyTheW pic.twitter.com/aMfi94Jqe5

A San Angelo native, Sawyer was on UT’s postseason roster when it reached the College World Series in 2014. Sawyer started 11 times the following season. He, however, was sidelined by bicep and labrum injuries in 2016 and 2017.

Sawyer returned this spring and became the left-handed arm that UT leaned on. Over a team-high 32 appearances — all of which were in relief — Sawyer went 1-0 with a 3.69 ERA. The redshirt junior pitched in six of UT’s eight postseason games.

After Texas’ season ended with a 6-1 loss to Florida in the College World Series, UT coach David Pierce said “The guy’s just done nothing but fight through injuries and persevered to become one of the best left-handers out of the bullpen for us and do it multiple times.”

Sawyer was one of five Longhorns taken in the MLB Draft. Each of the draftees signed, although all members of this quintet had a year of eligibility left. (Junior pitcher Parker Joe Robinson went undrafted but signed with the Los Angeles Angels as a free agent). Two members of UT’s 2018 recruiting class also opted to start their professional careers.