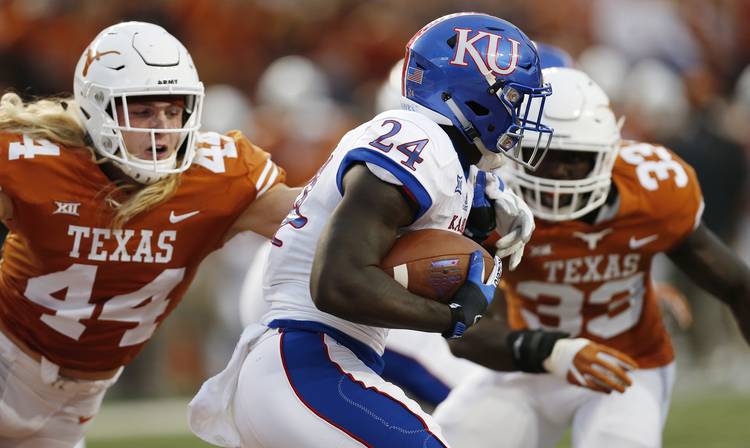 No Longhorn has ever won the Bednarik Award, which is presented annually to the best defensive player in college football. The first Bednarik Award was handed out in 1995. Ex-UT linebacker Derrick Johnson was a finalist in 2004.

Hager registered only 23 tackles in 2017, but his four sacks were tied for the lead among the Longhorns. His nine tackles behind the line of scrimmage trailed only Malik Jefferson’s 10. A member of the Big 12’s preseason team, Hager will represent Texas at the conference’s media days on Tuesday.

Read more: Once described as a “hammerhead,” Gary Johnson is also using his speed to lead linebackers

Like Hager, Johnson will be a senior this fall. This, though, is only his second year at Texas. After transferring from Dodge City Community College ahead of the 2017 season, Johnson made seven starts and recorded 60 tackles and two sacks.

Breakfast with Bevo: Day 1 of Big 12 media days is a wrap; now bring on Texas