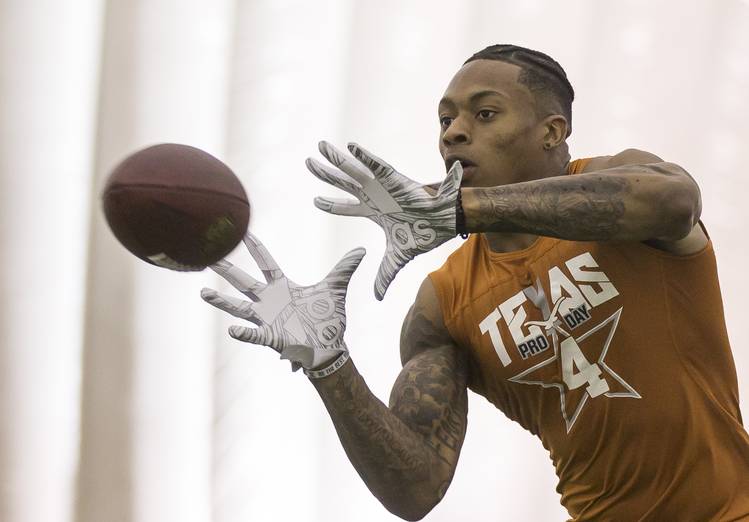 Former Texas safety DeShon Elliott blasted the current coaching staff on Wednesday because he believes the staff is “bad mouthing” him and other juniors who chose to leave school early.

Former All-American left tackle Connor Williams also left early as a junior after last season. He became a second-round pick with the Dallas Cowboys. On Elliott’s thread, Williams tweeted, “I hear you brother.”

Elliott did not immediately respond to a message left by the American-Statesman. A UT spokesman said coach Tom Herman was not immediately available for comment. Herman has never publicly criticized the juniors who left Texas early last season.

“If you really ‘loved’ your players the way you portray then you wouldn’t continually talk bad about them behind closed doors,” Elliott continued his Twitter stream. “Bad mouthing us to our brothers who we played for and cried and sweat for way before you stepped on campus.

Elliott was one of eight Longhorn starters who did not participate in the Texas Bowl win over Missouri. The Thorpe Award finalist, UT’s first since 2009, had six interceptions last season but chose to skip the game to protect his draft status.

Elliot had already signed with an agent by early December and was already looking ahead during the college football awards season. “I’m ready to go pursue my dreams,” Elliott told the American-Statesman at the College Football Hall of Fame in Atlanta. “Completely honest, I feel like I can go to the next level and be successful.”

Elliott was taken in the sixth round by the Baltimore Ravens. After Elliott was drafted, Herman praised the safety in a UT press release.