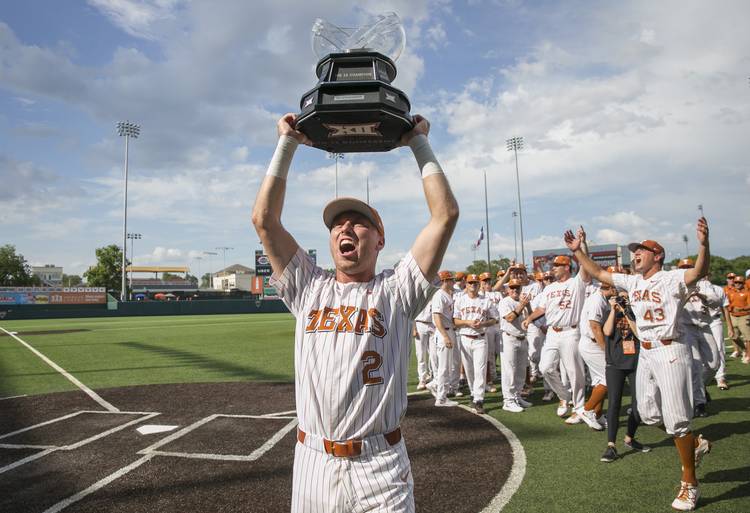 Kody Clemens and Bianca Turati already won Big 12 player of the year awards in their respective sports, and now they’re up for an even loftier honor.

Clemens (baseball) and Turati (tennis) were chosen to represent Texas in athlete of the year voting. Fans will be able to choose their favorite male and female candidates from July 20-23, and voting will be considered in the final tally.

Both would be deserving recipients, having led their teams to conference championships in the spring and claimed All-American status.

Clemens was the 2018 American Baseball Coaches Association player of the year after hitting 24 home runs and batting .351 for a Texas team that advanced to the College World Series.

Turati went 28-4 overall in singles matches, earning the top overall seed in the 2018 NCAA tournament. She landed No. 3 in the final rankings, and was a finalist for the Honda Sport Award.

TEXAS HISTORY: 40 years ago this December, Texas played Maryland — it didn’t go well for the Terps