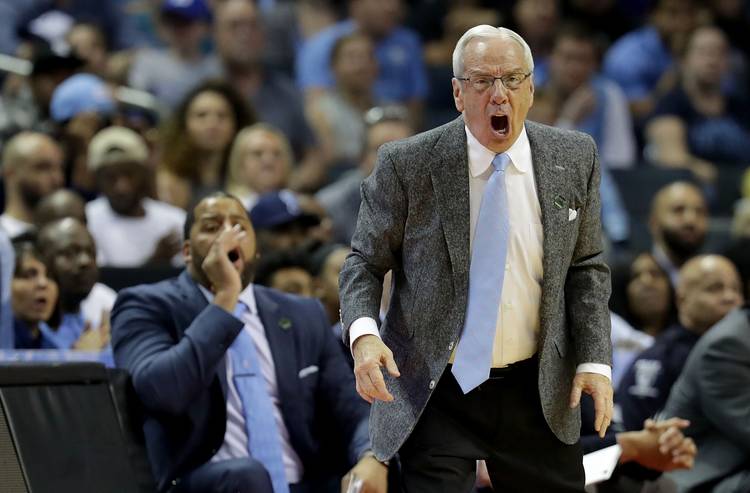 Head coach Roy Williams of the North Carolina Tar Heels reacts against the Texas A&M Aggies during the second round of the 2018 NCAA Men's Basketball Tournament at Spectrum Center on March 18, 2018 in Charlotte, North Carolina. (Photo by Streeter Lecka/Getty Images)

Texas will face North Carolina on Nov. 22 at Orleans Arena as part of the 18th annual Continental Tire Las Vegas Invitational. Tipoff is scheduled for 6:30 p.m. Central time, and the game will be telecast on FS1.

Coach Shaka Smart’s club will then face either Michigan State or UCLA the following day in either the championship game or consolation game. The follow-up game on Nov. 23 could begin at either 3 p.m. or 5:30 p.m. Central time.

Texas has enjoyed plenty of good times against North Carolina. The Longhorns hold a 7-3 all-time lead in the series, which includes Javan Felix’s buzzer-beating shot to capture an 84-82 win in Smart’s first season.

Texas is 3-3 all-time against UCLA and 4-5 against Michigan State.

Tickets for the Las Vegas Invitational are available through the Orleans Arena box office at orleansarena.com.