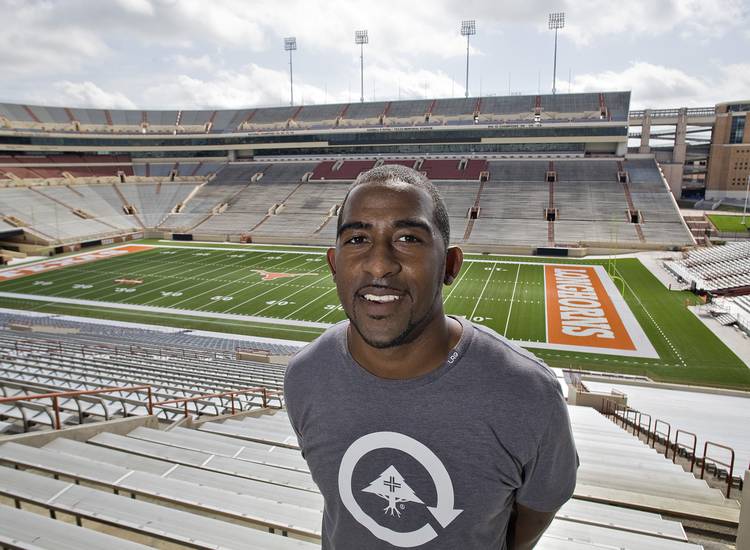 Kwame Cavil, a former UT football player, came back to UT 11 years after he was kicked off the team to complete his degree in education in Austin, Texas on May 19, 2010. Currently an assistant coach at LBJ, he will be announced as the new head coach at his alma mater of Waco High Friday. (Thao Nguyen AMERICAN-STATESMAN)

Former Texas receiver and current LBJ assistant coach Kwame Cavil will be announced as the new head football coach at Waco High during a press conference scheduled for Friday in Waco, according to the Waco Tribune-Herald.

Cavil enjoyed a productive career at Texas from 1997-99. He played in 33 career games, including the 1999 Cotton Bowl and set school and Big 12 Conference single-season records for receptions (100) and receiving yards (1,188) in 1999. He ranked third on the Texas career charts in receptions (174) and fourth in receiving yardage (2,279) at the end of his career. He played one season in the NFL and five years in the Canadian Football League before returning to Texas to earn his degree and begin his coaching career.

Notably, Cavil became the first Longhorn in the Mack Brown era to leave school early after being suspended from the team prior to a bowl game following the 1999 season. In 2010, Cavil received a bachelor’s degree in education from Texas.